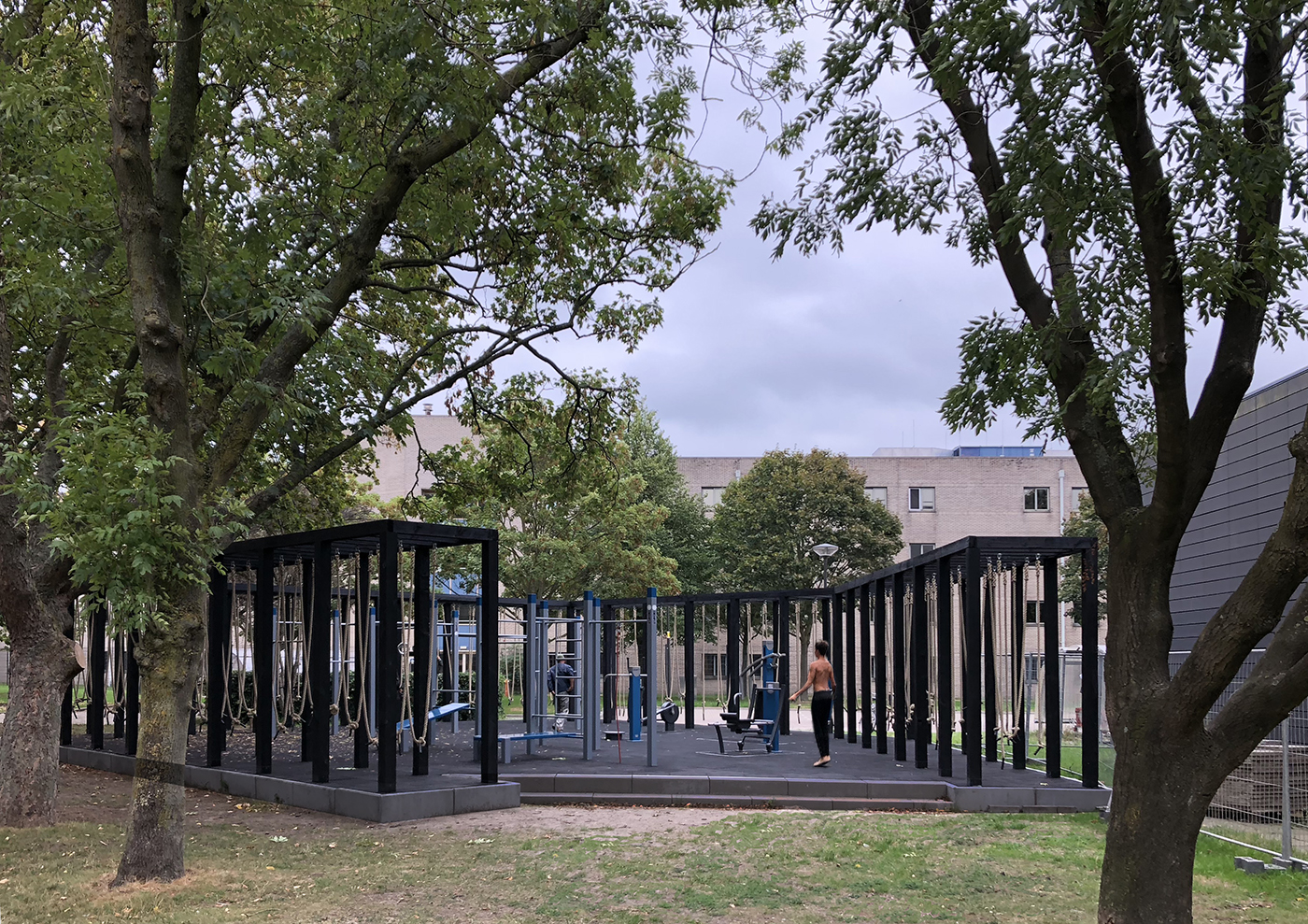 On an island in the River IJ, the old marine yard is being converted into a new public space for the city of Amsterdam. BOOM Landscape designed a pop-up fitness garden that opened in April 2018. 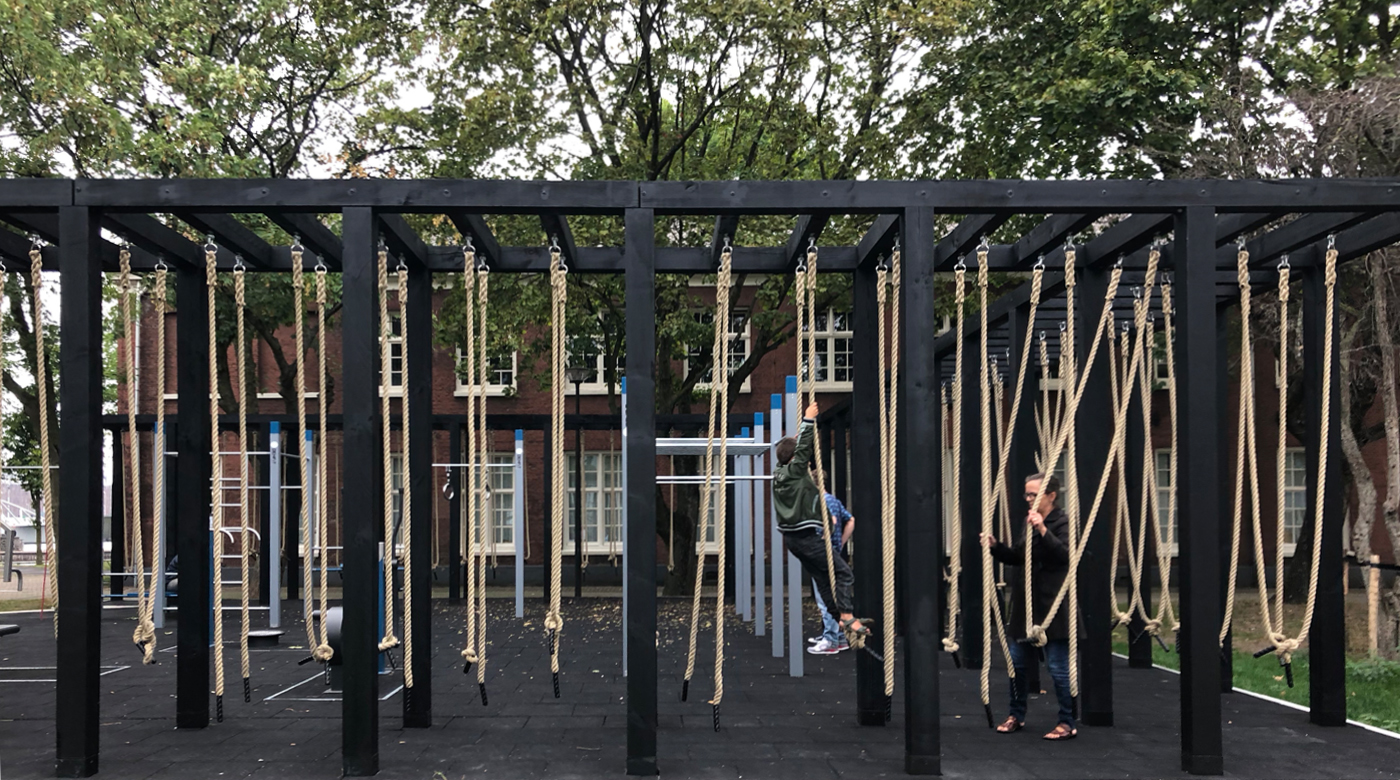 Redevelopment of the site is taking place in experimental stages. The overriding theme for the various temporary interventions is innovative use and community interaction. Businesses are invited to invent, create, test and apply ideas, while local residents are invited to come use the space to play, exercise, swim and spend time. The mixture makes for a lively setting, to which we added a pop-up fitness garden. A range of athletes soon found the fitness garden and it became a popular local hangout for everything from boot camps to kickboxing training for local youth.

Fitness equipment had already been placed on site in 2017, but few people were taking advantage of it. The functionality of the space needed to be defined so that potential users would feel drawn to it and develop a desire to occupy the space. BOOM chose to delineate the space by bordering it with a double colonnade of wooden pillars with climbing ropes suspended between them. The structure demarcates a transition between public and semi-private space. The semi-private space was also raised by two steps to place the equipment on a platform.

Fit for its surroundings

The open and raised fitness garden also works in conjunction with the various raised pavilions dotted throughout the surrounding park. The shape of the five-sided platform even follows the lines of adjacent buildings, making for a comfortable fit in the space. One side was left open: the side that faces the water, for unobstructed and impressive views over the historic port of Amsterdam.