In the periphery of the city of Rotterdam, near the airport, a new residential area has been developed. Part of this urban expansion is the renovation of a small English landscape park. BOOM Landscape was asked to make a design for this part of the Masterplan. 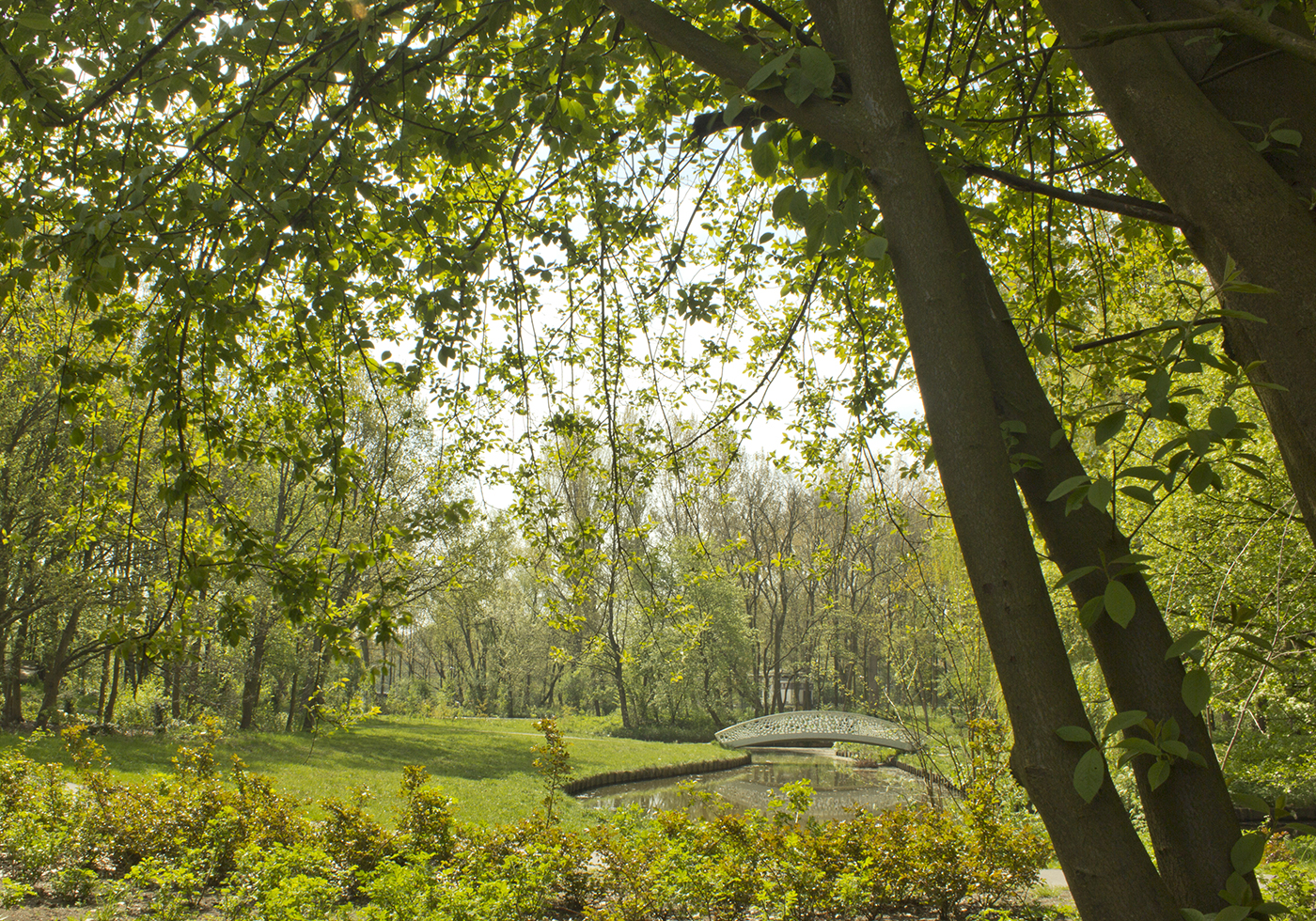 The park, built in the 60’s on top of a city demolition debris, is inspired by the ‘Gardanesque Style’. Due to a lack of maintenance the park was overgrown and fallen into disrepair. Paths were broken, the water pond was shapeless, the elevations barely legible and the planting monotonous and colorless.However, behind the overgrown paths lies a mysterious hidden world of glimmering water, an island, four rubble hills, dark park chambers enclosed with evergreens, filtered light through the canopies, and characteristic differences in height. 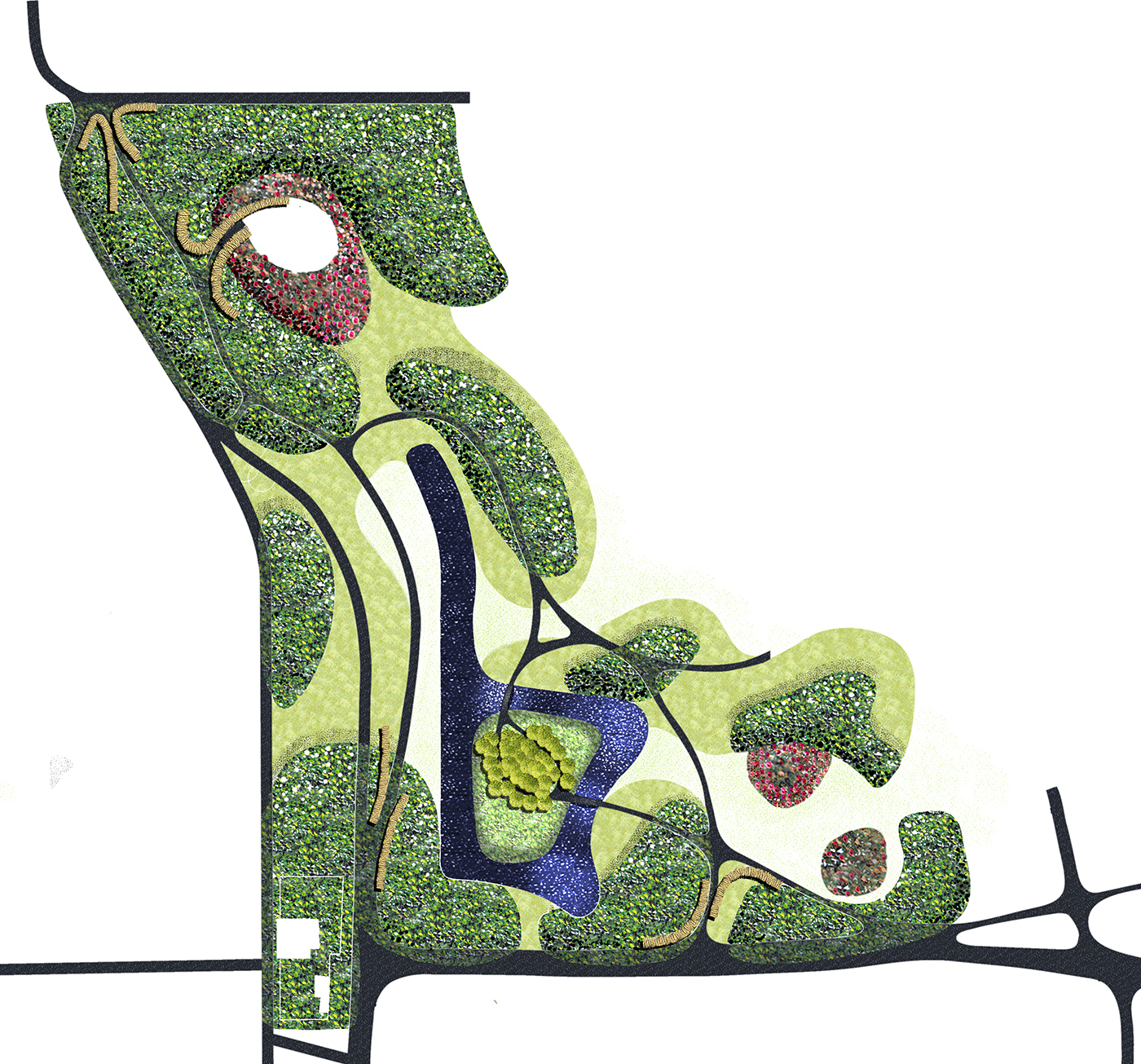 The design reveals the beauty of the park and dramatizes the differences in light by means of subtle cleanup and the addition of powerful new park features. The existing plantation is carefully sculptured till an exciting range of bright open park lawns, beautiful solitary trees and dim forest. At strategic locations within the park, new vistas along the main routing system reveal a pond with an island and a beautiful clumb of Metasequoias as the heart of the park. 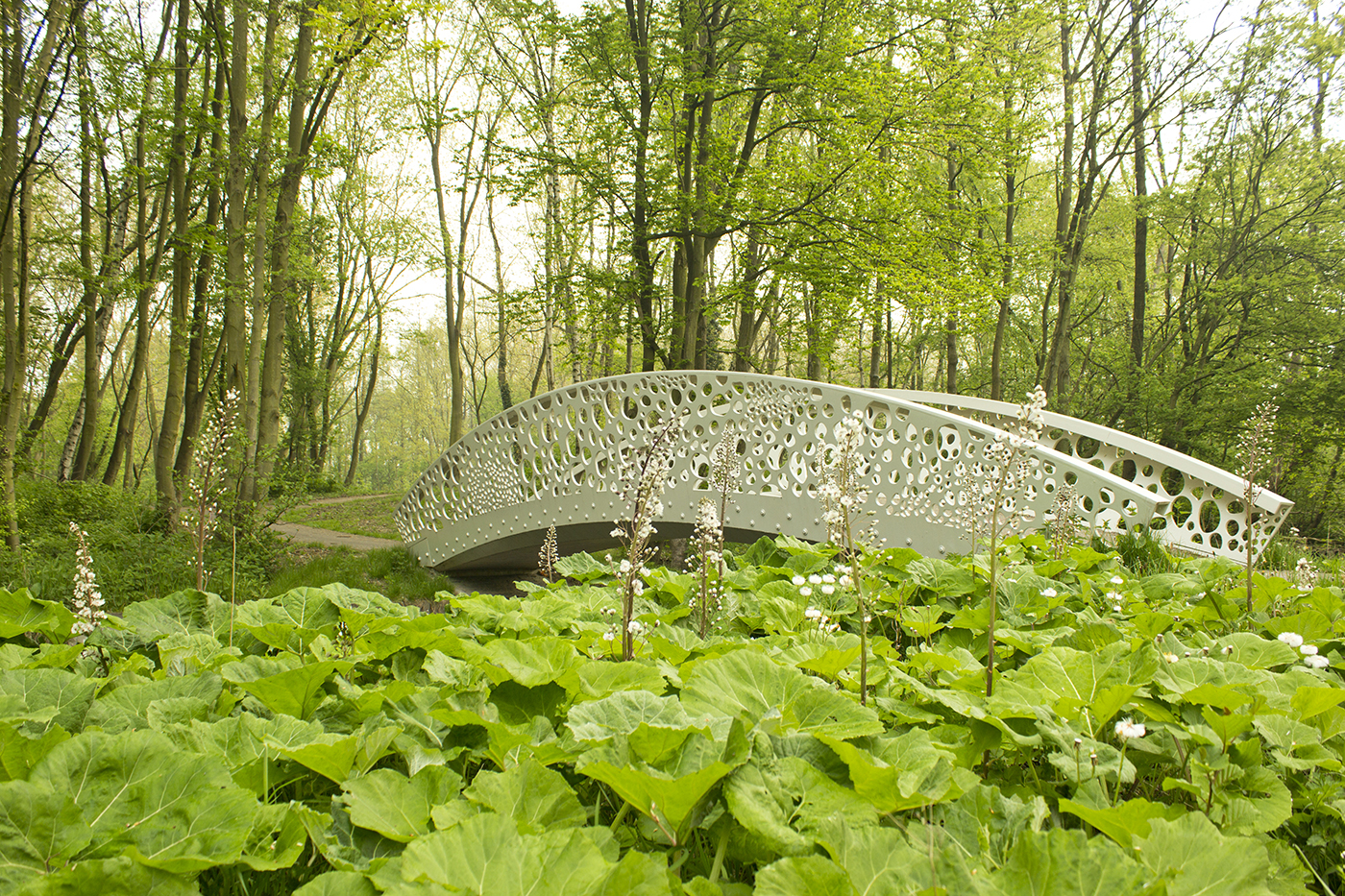 The entrances of the English Landscape Park are marked by majestic gates of stacked wood inviting passersby, residents and passengers of the terminal to visit the park. 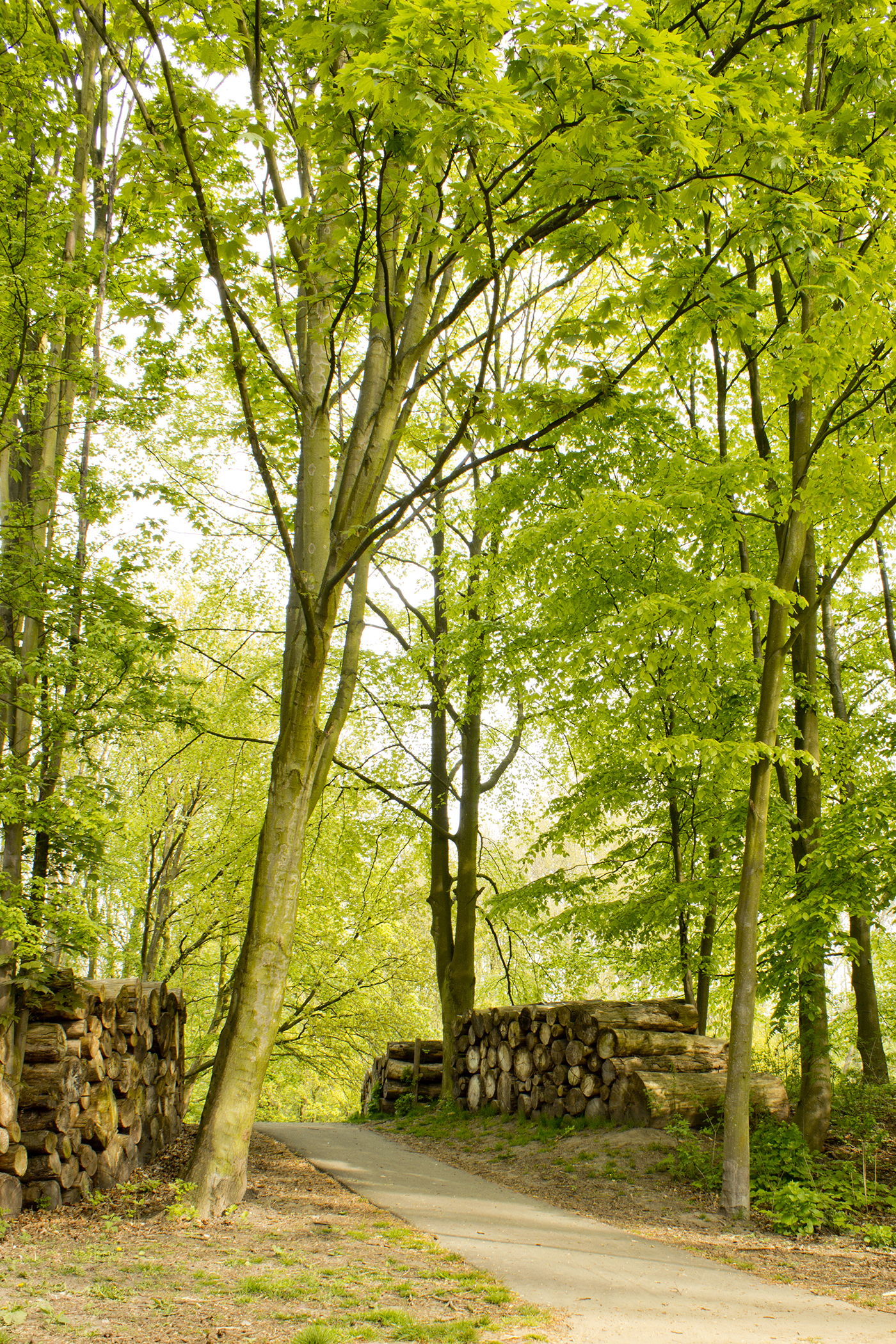 Between the trees one captures a glimpse of two new park bridges. Together with two rose gardens they are the ‘eye-catchers’ of the park.