Amsterdam has a severe housing shortage and needs at least 10,000 new homes per year to meet demand  in the coming decade. The City of Amsterdam is therefore building ‘IJ-city’, a large-scale development on a man-made island in the estuary of the River IJ which borders the northern edge of the historic city centre. In collaboration with the City of Amsterdam and Burton Hamfelt, BOOM Landscape has designed the urban plan for the Sluisbuurt (Sluice District), one of the prioritised developments. 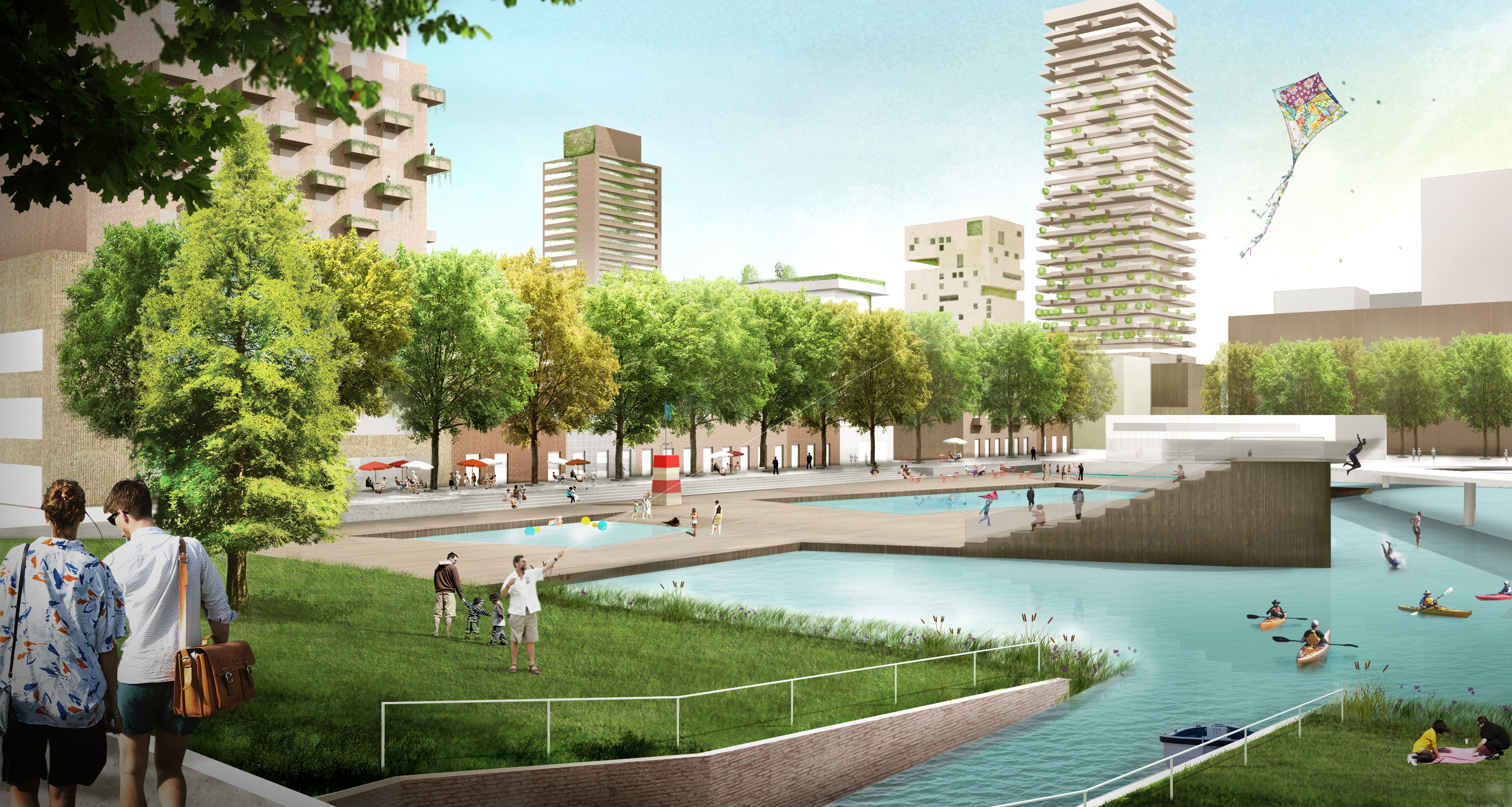 The neighbourhood has a splendid view onto the water and beyond. Its skyline will have several slender towers, while at ground level there will be much open space and greenery. The public spaces will feature parks and playgrounds (including room for water sports) that also serve environmental management strategies. 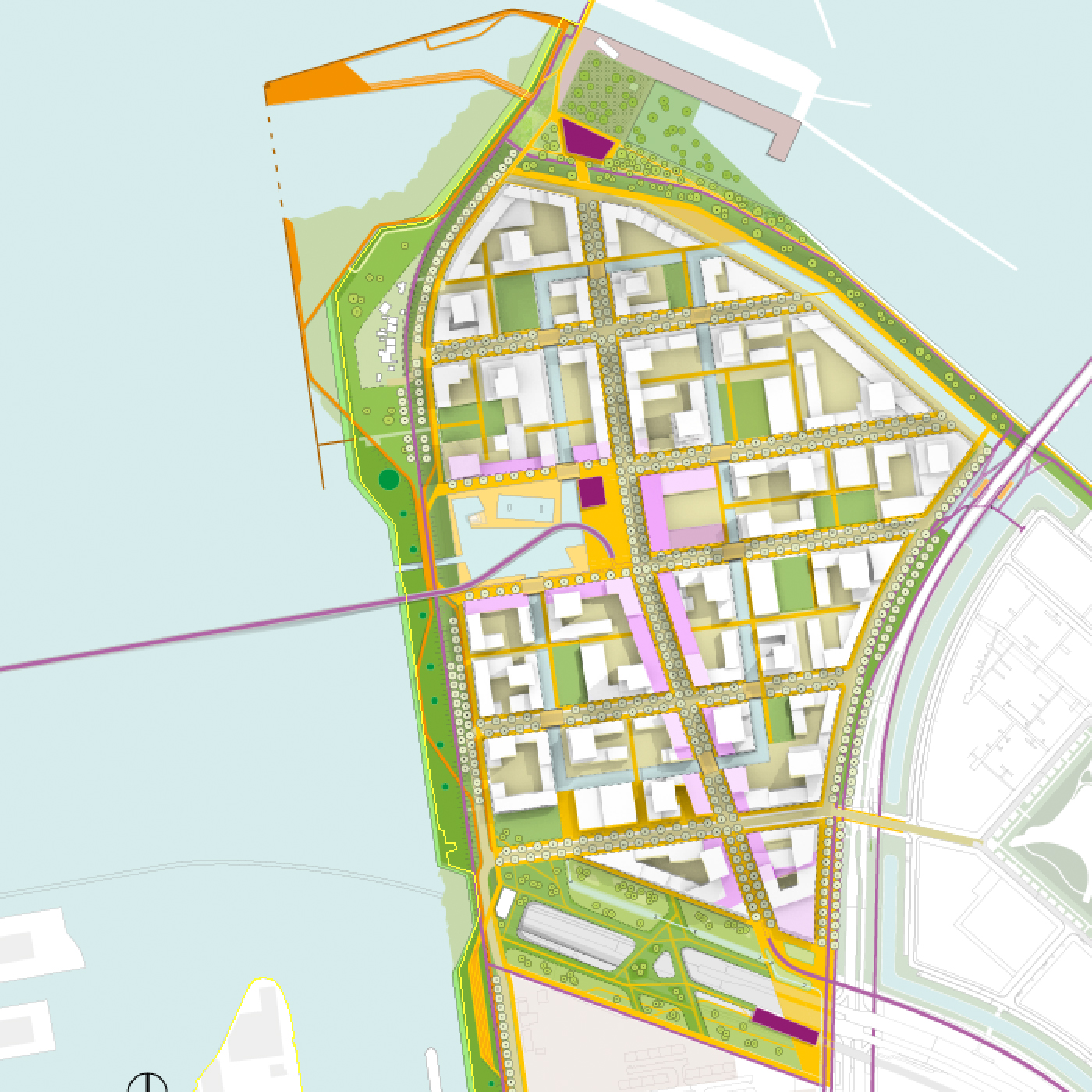 A variety of residential typologies will make up the built environment, the majority of which will be low and mid-rise buildings, complemented by a few residential high-rises to reach up to 125 metres.In order to ensure a comfortable pedestrian experience, none of the towers will touch down at street level. Rather, they’ll stand on bases that merge with their adjacent structures: terraced houses up to 20 metres tall with doors opening onto the street – a classically Amsterdam configuration. The towers, set back three to four metres from the building line, only begin to rise at the sixth floor. This avoids channelling any unpleasant winds down to the street. 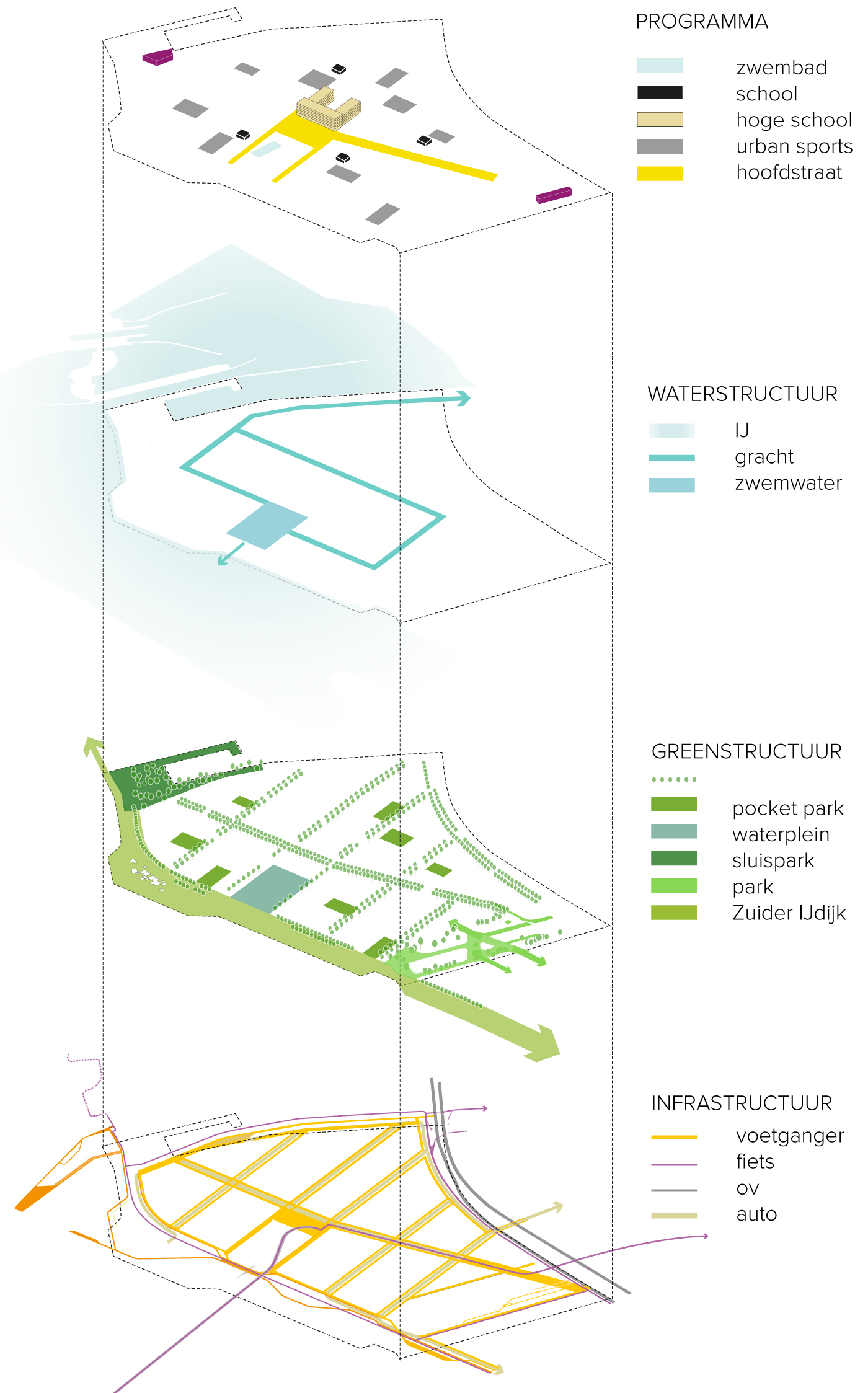 Putting tall buildings at a few select locations leaves a lot of room for amenities such as courtyards, parks and little squares, but also larger amenities. For example, the neighbourhood will have an open-air pool, directly on the IJ. This centrally located water basin is also designed to link the new system of neighbourhood canals with the River IJ, helping to regulate the levels of rainwater and provide extra capacity for any rising water levels in the future. Along the western dyke there will be a long park with a network of meandering paths for recreational use. This park also serves as an ecological corridor between two outlying areas to the north and south. At the top of the island, where it meets the River IJ locks, there will be an open square designed with a metropolitan feel. 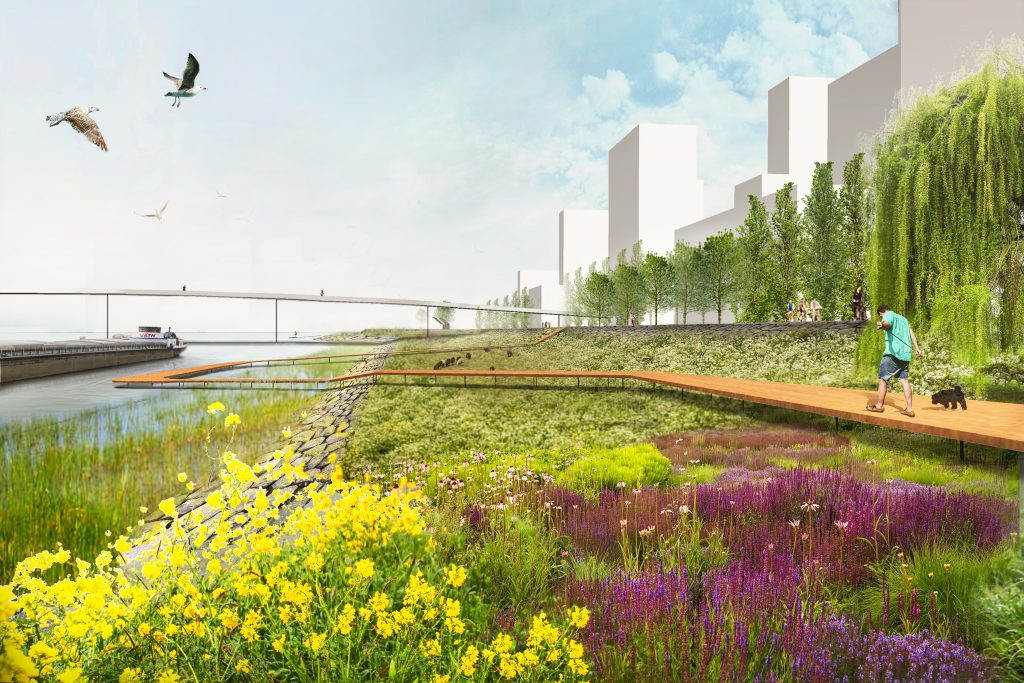 A new bridge for cyclists that connects people to the mainland and a floating park over the underwater tunnel (which connects north and south Amsterdam) were designed to link the neighbourhood with the city centre and other districts. The new 700-metre bridge to the west allows direct access, avoiding a lengthy cycle or walk via an existing bridge over to the east. Excellent connections outside of those for traffic and public transport are important because they will give the new area the vibrancy it needs to thrive. 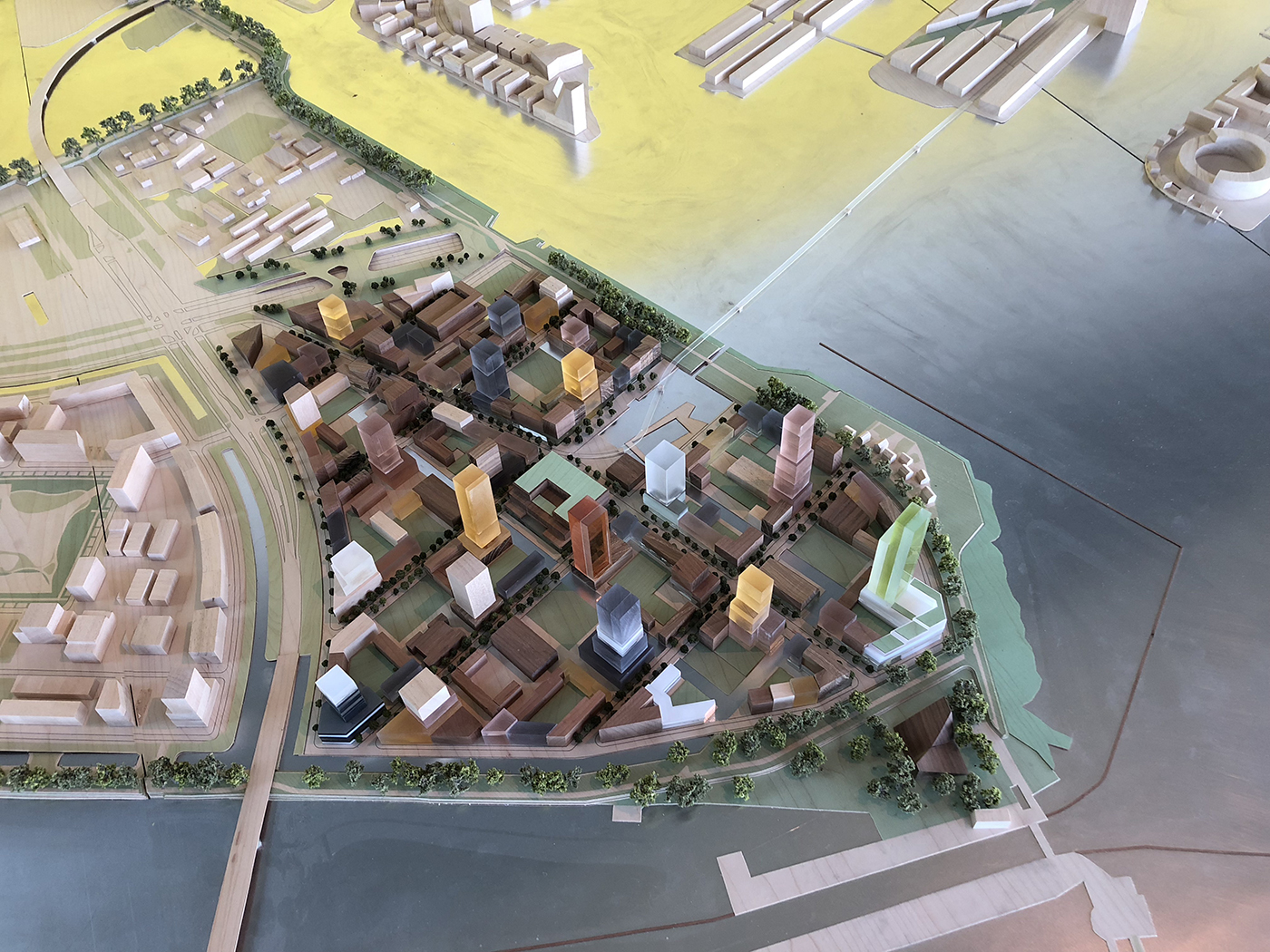 The floating park will ensure that the engineering works of the tunnel are no longer a physical barrier. Indeed, pedestrians will be able to cross over safely and quickly to other neighbourhoods and the tram. 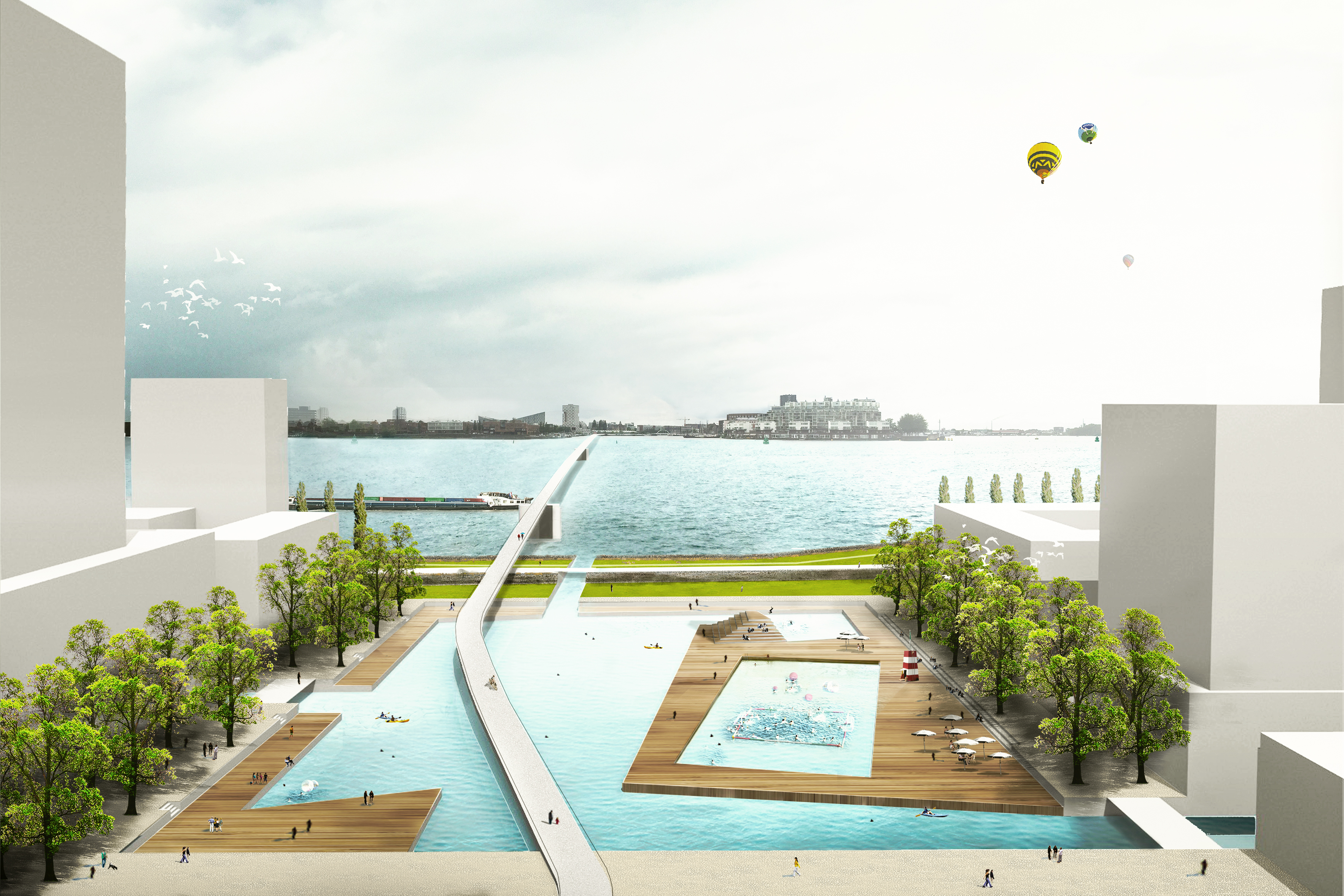 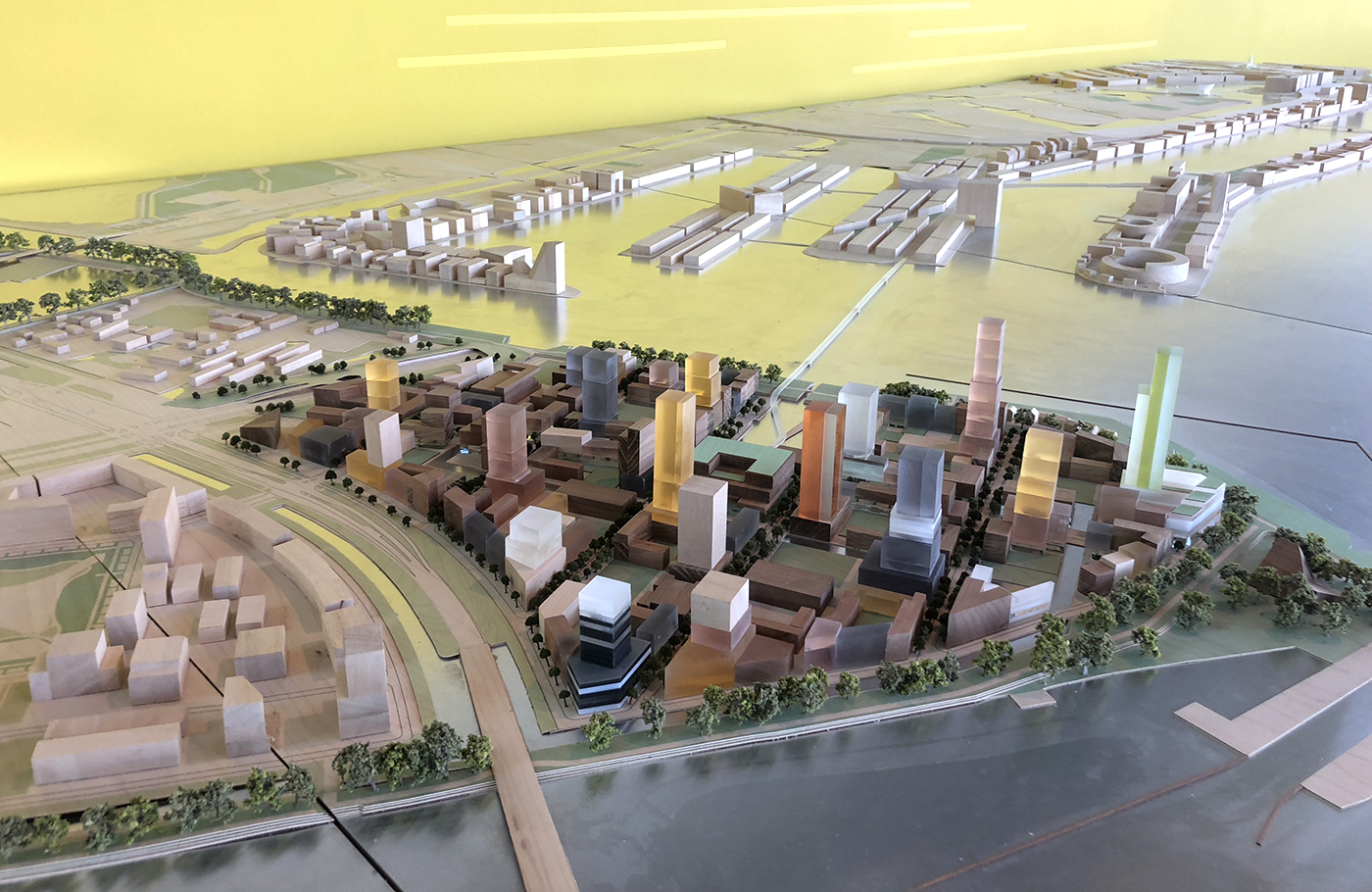