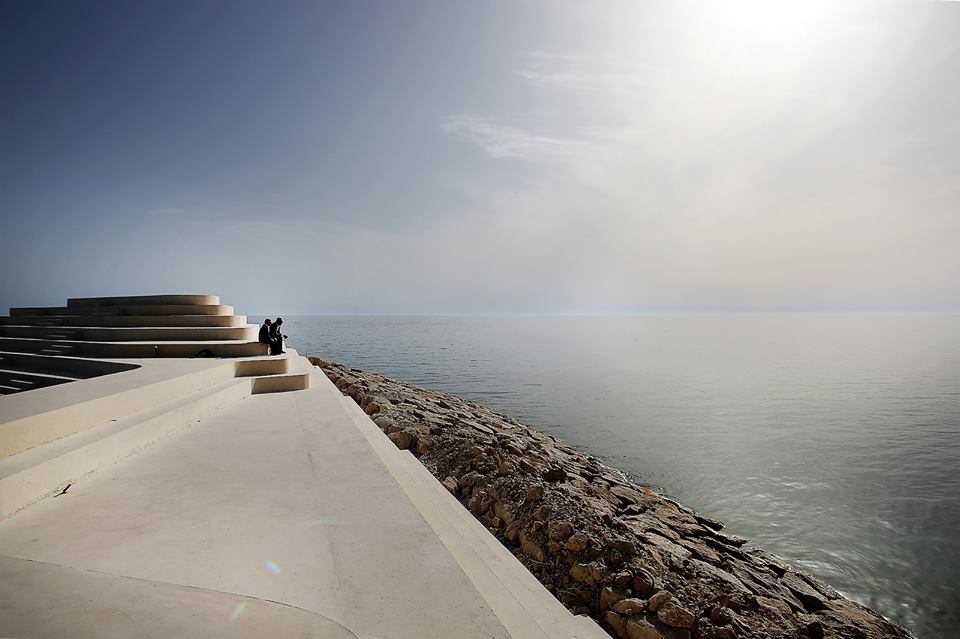 At the Adriatic Sea, in the second biggest city of Albania called Durrës, there was a place that was not much more than a landfill. Other parts of the coastline of Durrës are well visited but the part closest to the historical city centre has been vacant for a long time and unappreciated by locals and visitors. 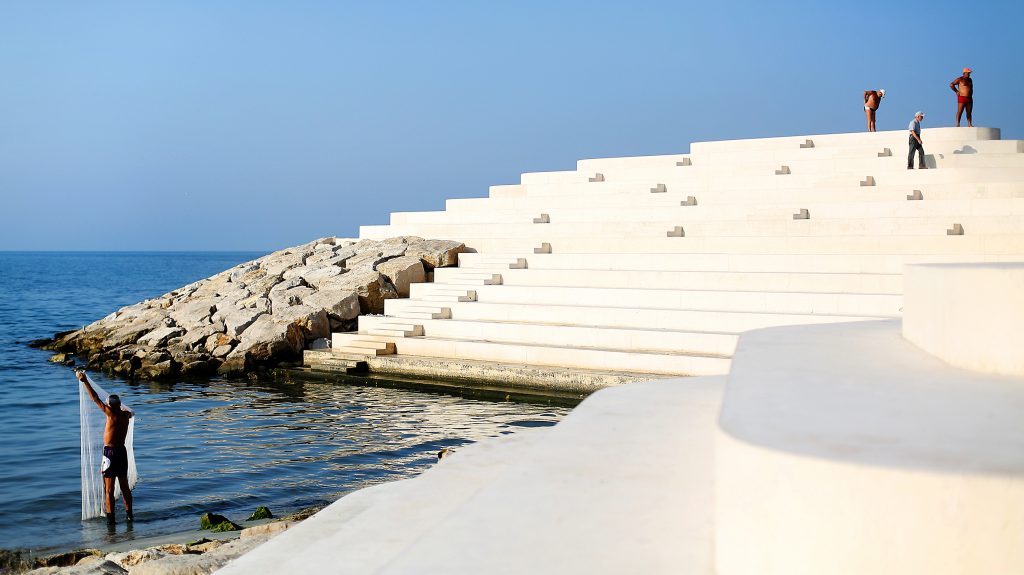 The mayor of the city saw the potential of this site and commissioned to turn it into an attractive well used place. For this project BOOM Landscape collaborated with Cityförster Architecture + Urbanism. 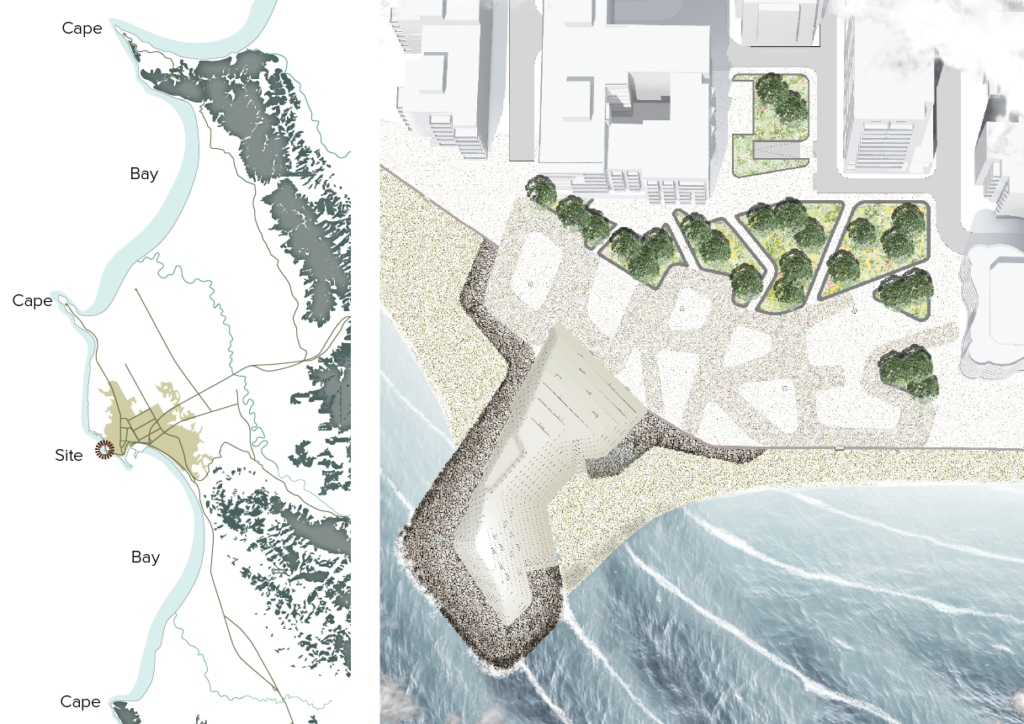 The coast of Albania can be characterized as a sequence of capes and bays following up on each other. Each bay has its own character, use, beach and crowd visiting defined by the land directly behind the bay land inwards. 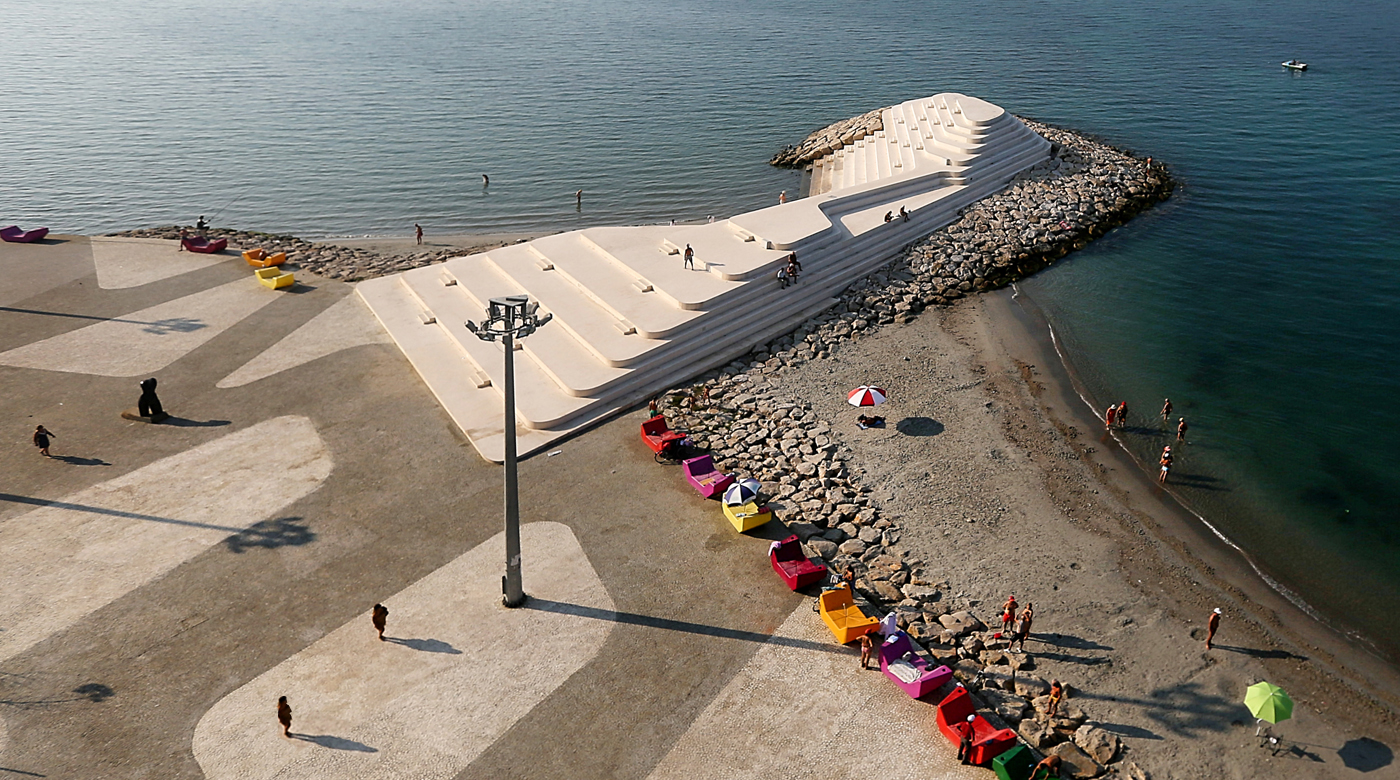 The capes are defined by geological formations of mountain and hill ranges ending in the Adriatic sea. 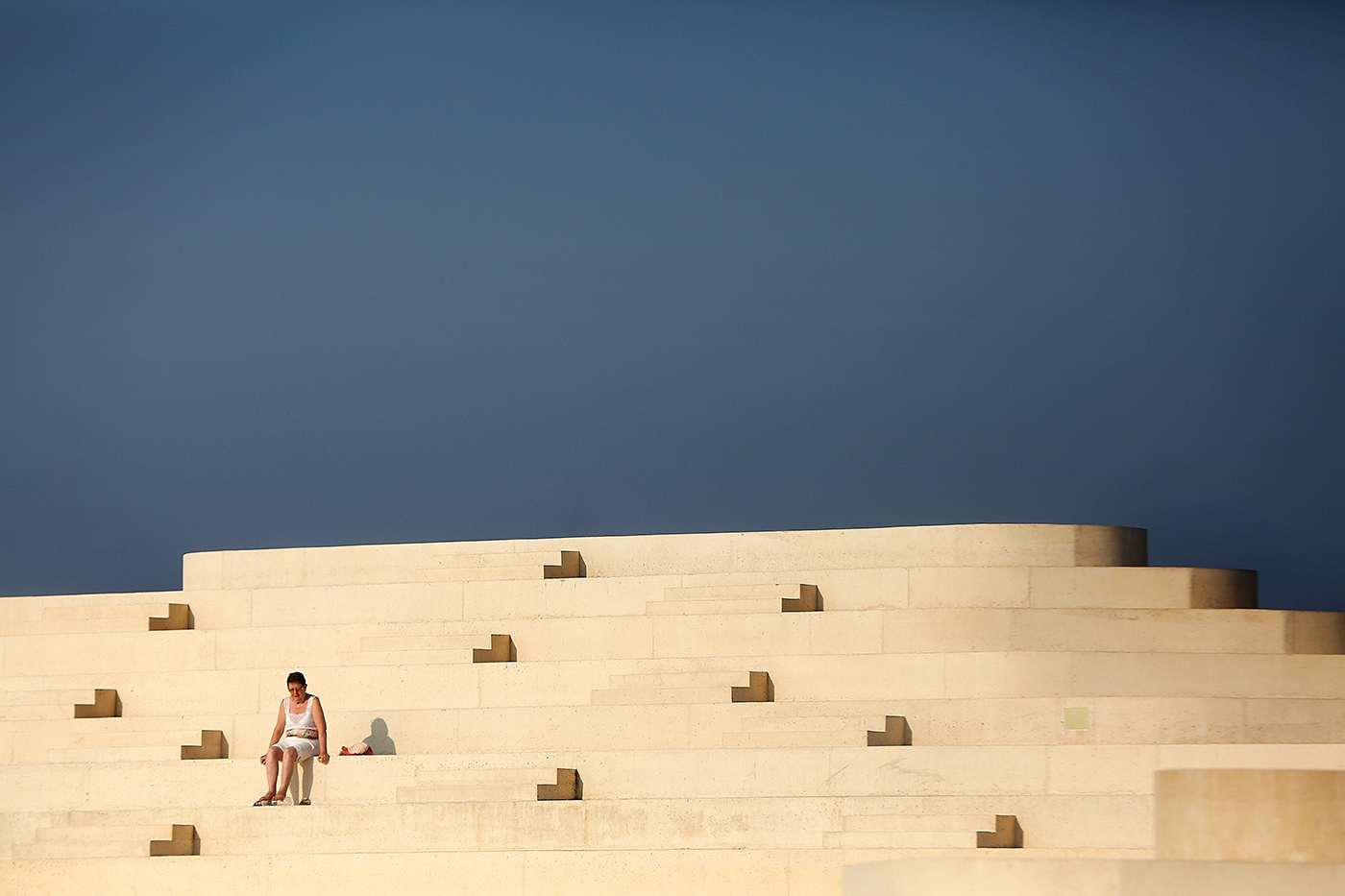 BOOM Landscape proposed an ‘Urban Cape Square’ and by doing this added a new public space based on a millions years geological old phenomenon that every visitor will recognize and know how to use. 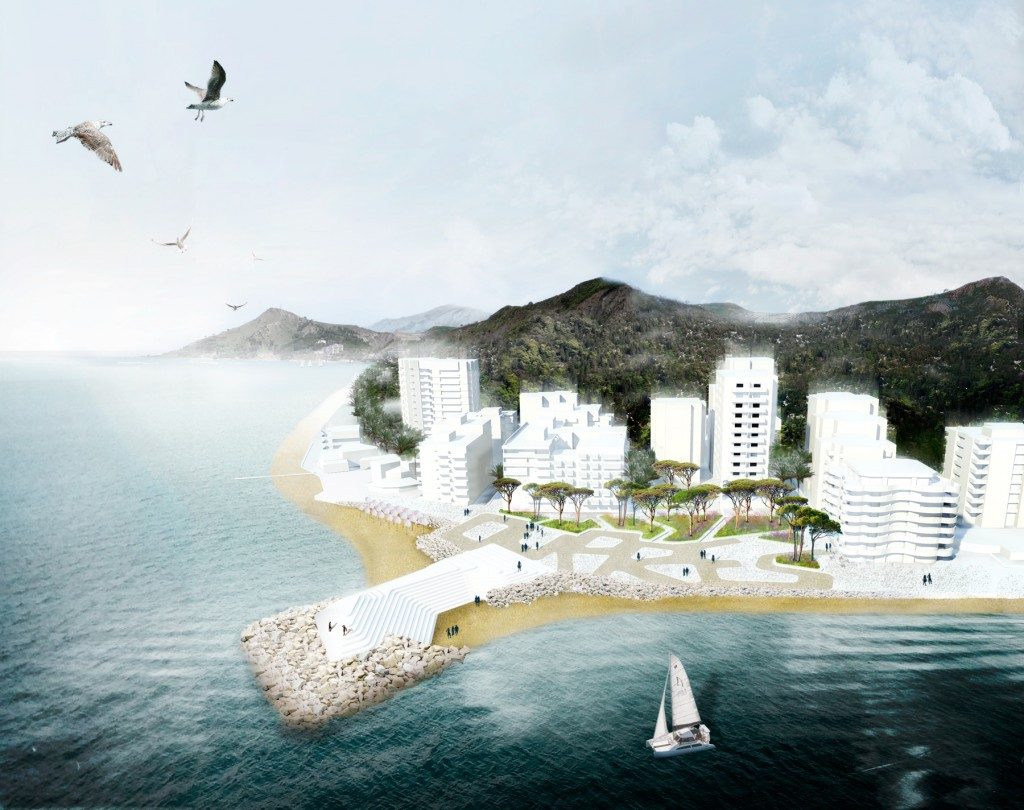 BOOM Landscape believes that tourists and travelers, besides chasing the sun, are looking for an authentic experience and local flavors. The paradox of touristic places is that they tend to look more and more like each other. The same palm trees, globally run franchises, turquoise pools, gated resorts and concrete boulevards can be found from West Coast USA to the Turkish Riviera. 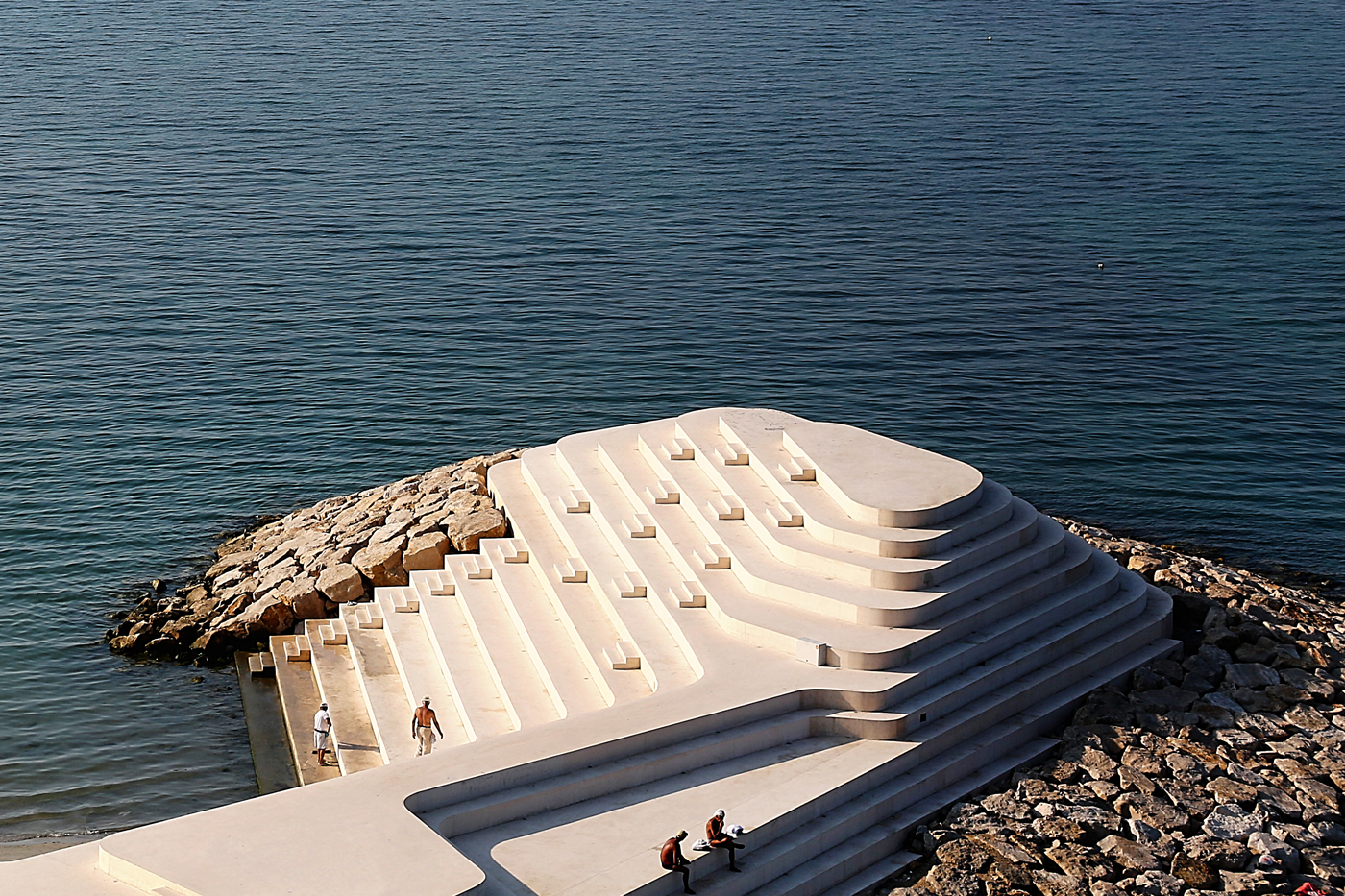 To make sure Durrës will be an unique and authentic place in the list of competing coastal destinations we proposed to use as much local materials and plant species as possible. 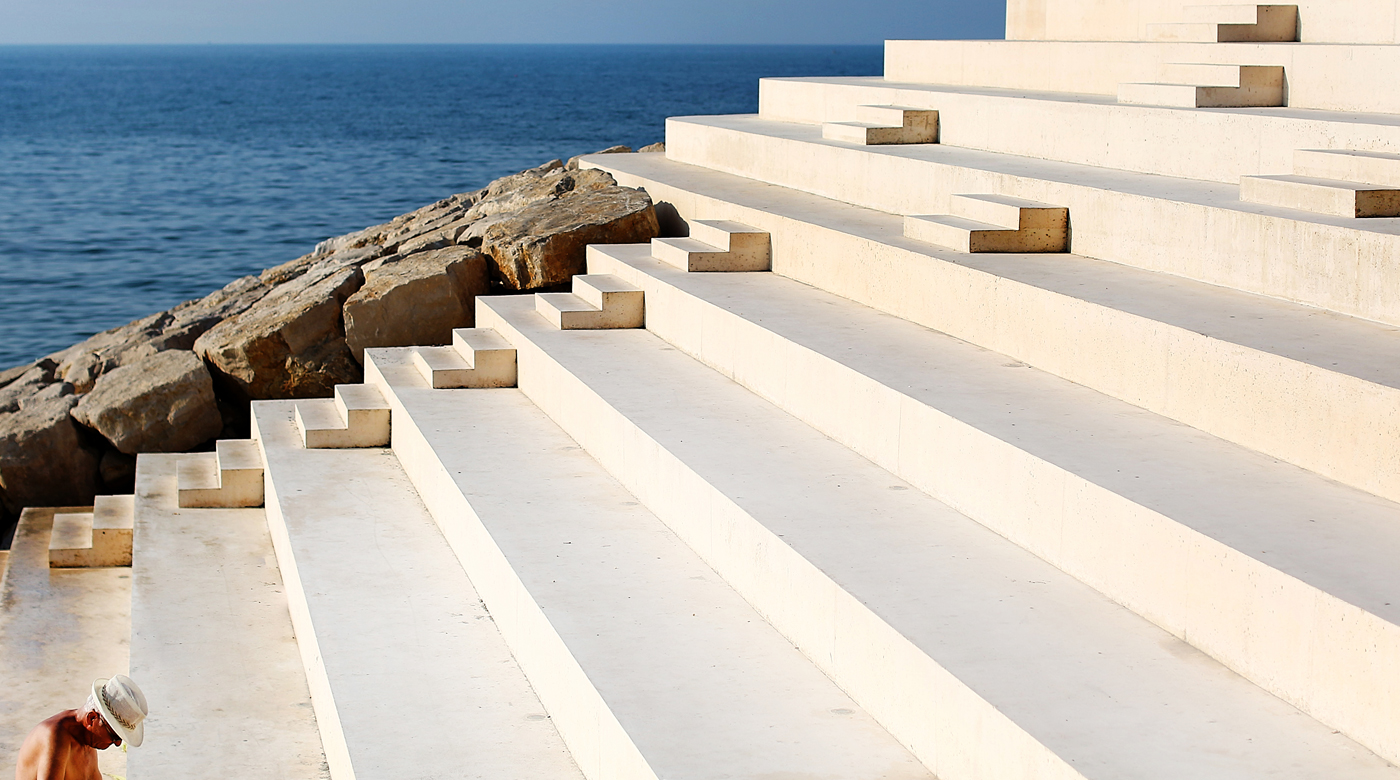 To build the ‘base’ of the Urban Cape stones are used coming from a local quarry located in the hills behind the coast line. 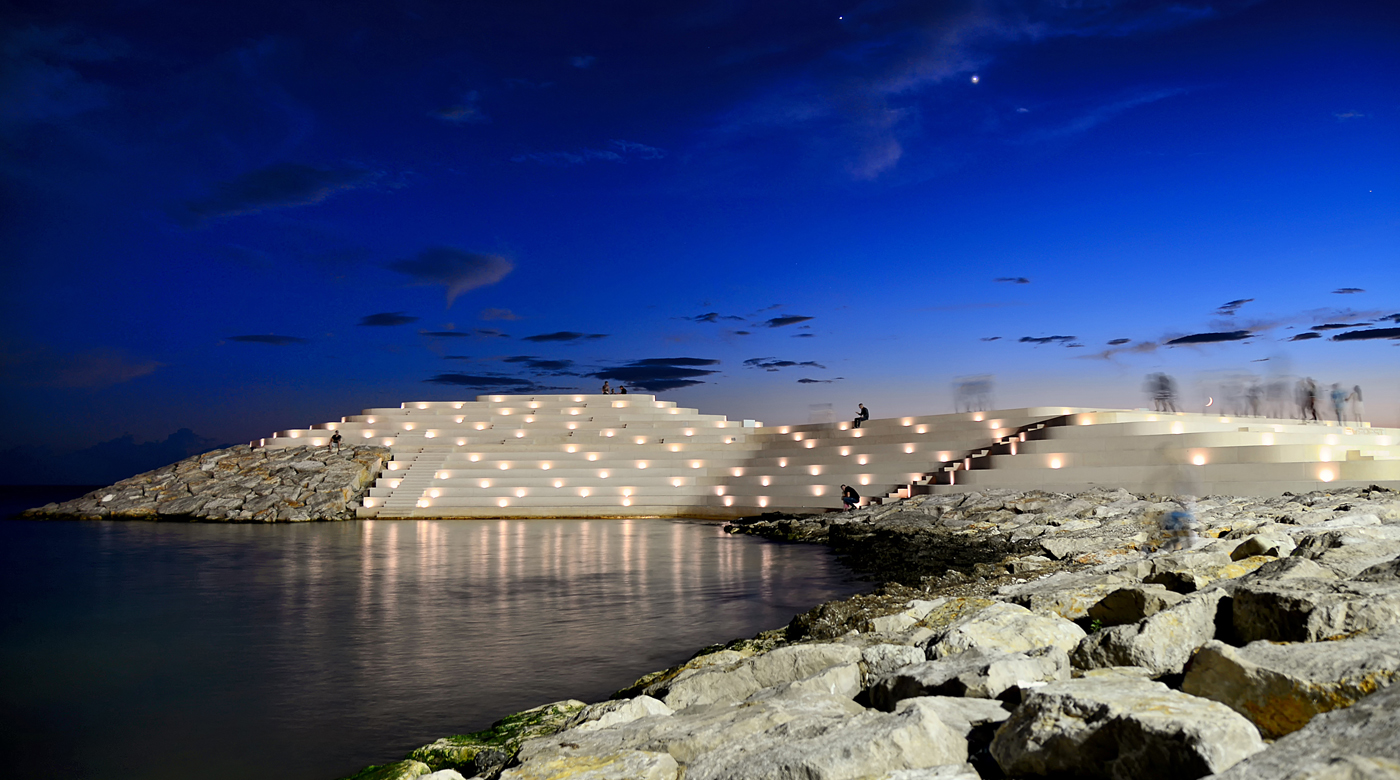 On top of this stone base, the Urban Cape will arise. It’s a place where locals and vistors can hang out and meet each other to either watch the sunrise or see the sun setting in the Adriatic Sea. 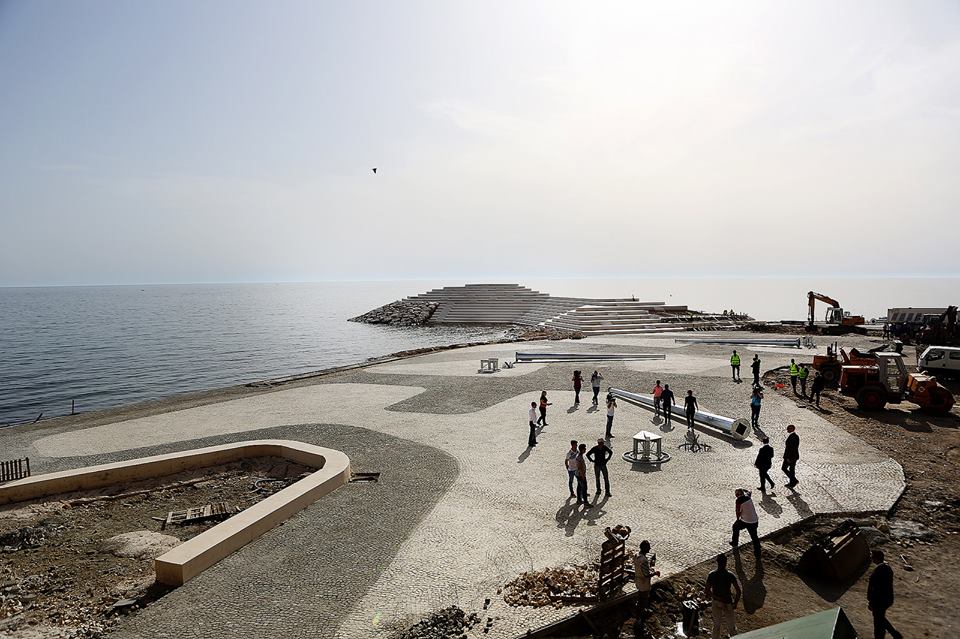 The paving of the square, right behind the Urban Cape, has an unique drawing formed by two different colored stones excavated from a local Albanian quarry. Walking over the square, the two colored paving reads like an abstract image. Visitors who search the site on google-maps or those who go parapanting on the Adriatic Sea, will be able to read the name of the city standing out proud on the square. 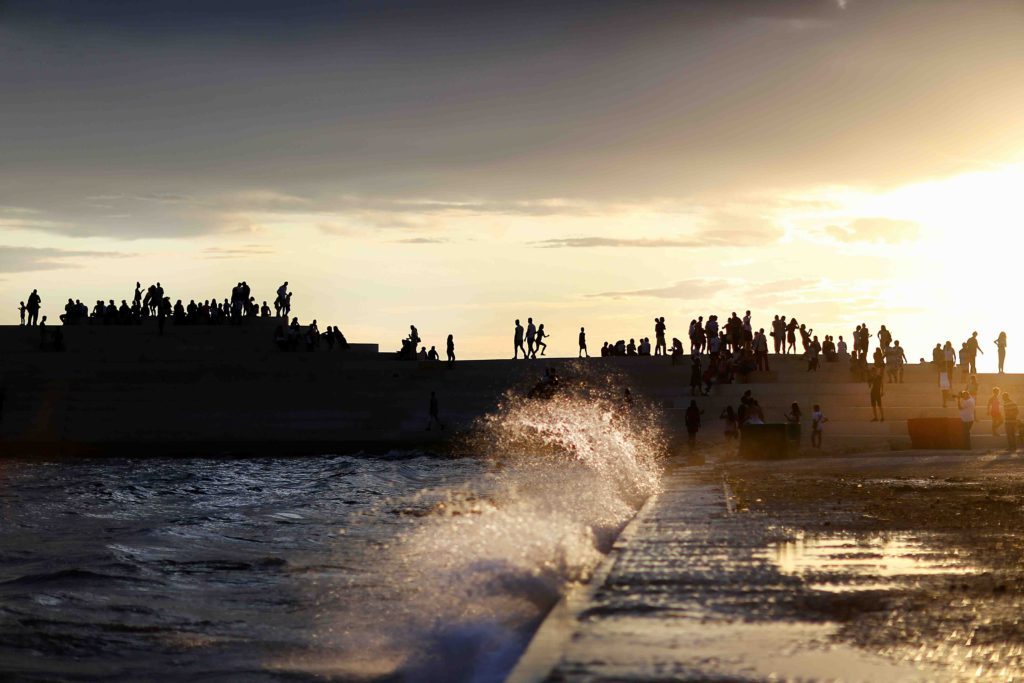 The planters forming a soft green side of the square will be planted with a selection of Mediterranean flowering scrubs and native Stone Pines. Only a few of the selected plants are exotic. Those plants have the same function as a desonant in a music piece, underlining the hyper local character of this new public realm at the Adriatic Sea.