In collaboration with 1010 Architecture Urbanism, BOOM Landscape redesigned a city square in Roeselare, Belgium. The renewed Coninckplein is part of the Green Thread: a belt of green spaces to thread through the city as they are developed over the coming years. 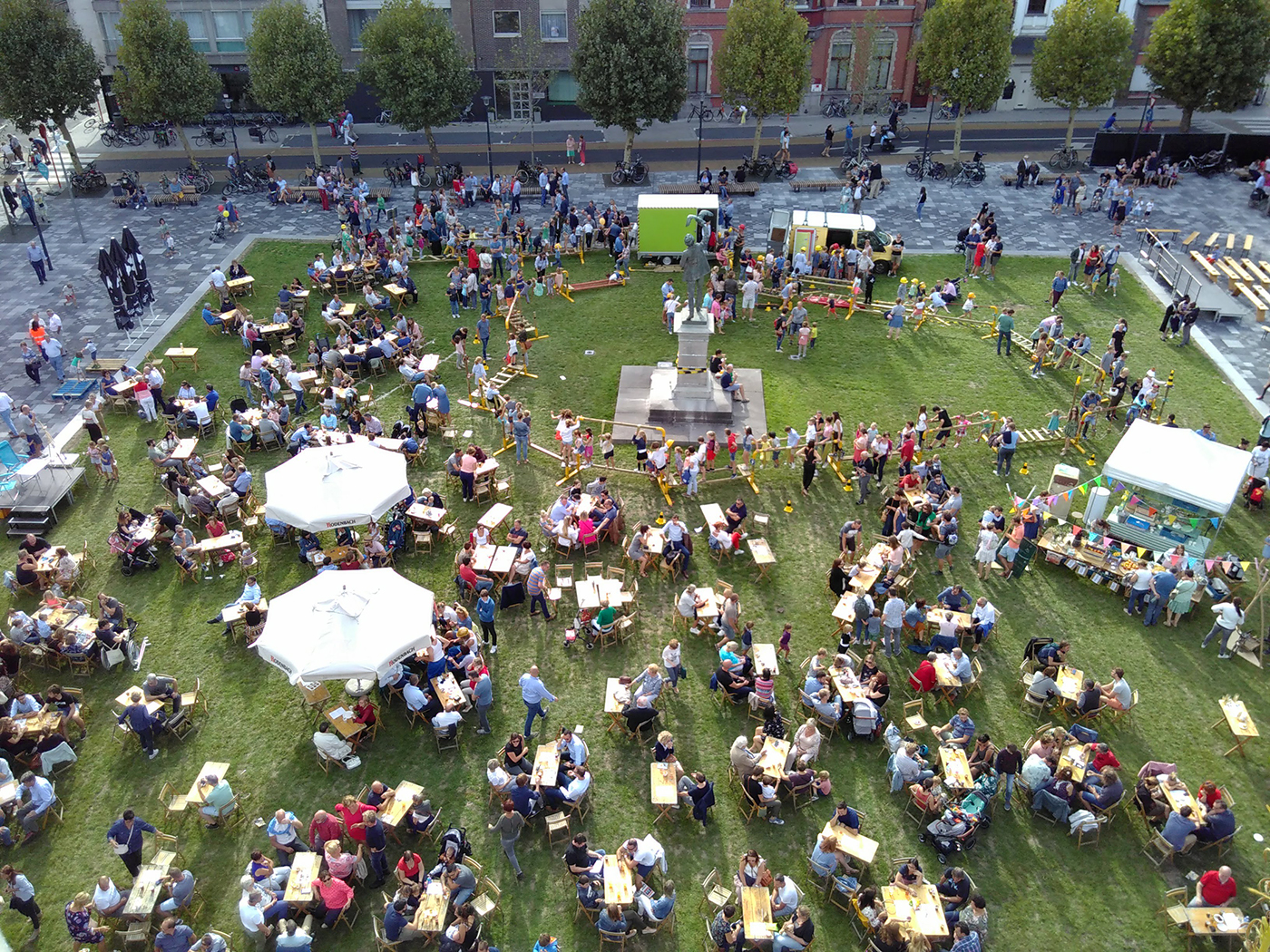 With the exception of a small medieval core, Roeselare is primarily based on a grid plan. Its rectilinear layout and its green spaces are man-made, leaving little room for flexibility. We wanted to break through the constraints in our design for a new Coninckplein. The annual open-air festival, The Garden of Earthly Delights, inspired us. With the festival taking place every year on an artificial turf in the square, we detected a need: locals want more greenery and the square could benefit from a softer and more malleable use. 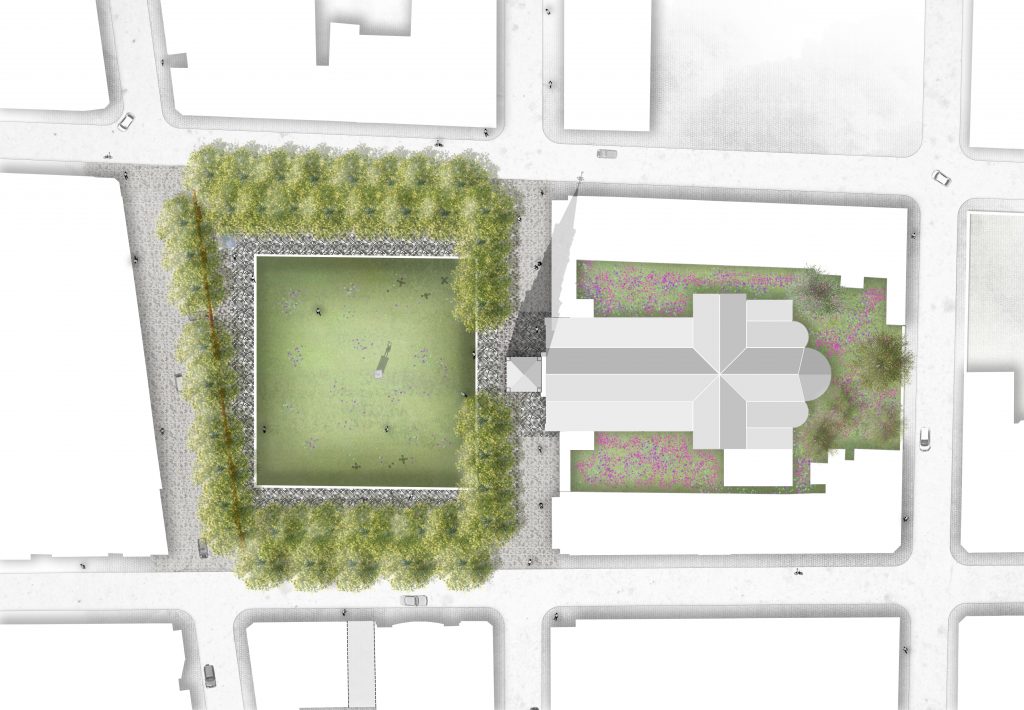 In the new design, the road between the square and Sint-Amand’s church on the eastern side has been removed and the church is reunited with its square. The parking lot surrounding the statue of Albrecht Rodenbach has made way for a green lawn accessible to everyone for playing, relaxing and picnics. Appropriately, the concave shape of the grassy mound is not unlike a pillow. The plane trees that line the square are partnered with a second row of trees to give extra padding to the pillow. In the shade, dispersed among the trees there are big comfortable benches that look out over the grass.

The paving stones around the lawn will be laid in a fun and organic way: a patchwork of square cement tiles in four different shades of grey, in an endless variation of patterns. The square shape also recalls the city’s grid plan, while complementing the softer, greener layout to be enjoyed by all. 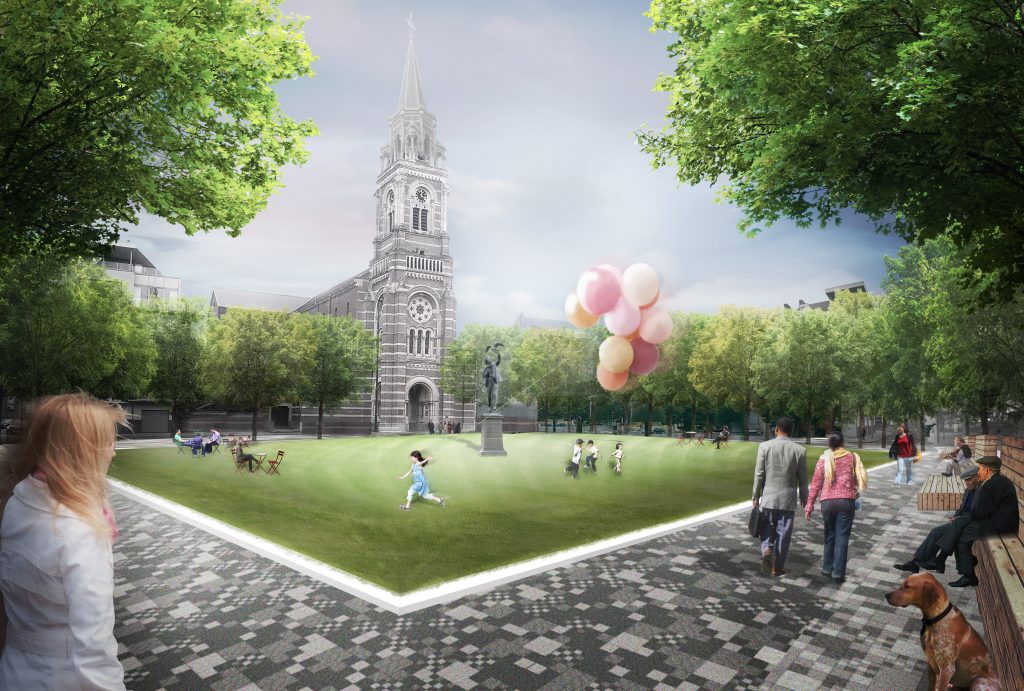