Based on the principles of modernist groups ‘De 8’ and ‘De Opbouw’, notorious in the fifties, BOOM Landscape made a public space design for the ‘central heart’ of Nagele; the village small shopping centre. The village is located in the ‘Noordoostpolder’ on reclaimed land, that once was the bottom of the ‘Zuiderzee’. The village was designed for agricultural laborers and built in a single grand gesture (according to modernist principles) in the fifties by architects like Bakema, van Eesteren, Aldo van Eyck, Gerrit Rietveld and landscape architect Mien Ruys. Nagele is one of the few places where modernist architects were able to realize their ideas on a larger scale and is still one of the most pure examples of functionalism in architecture. 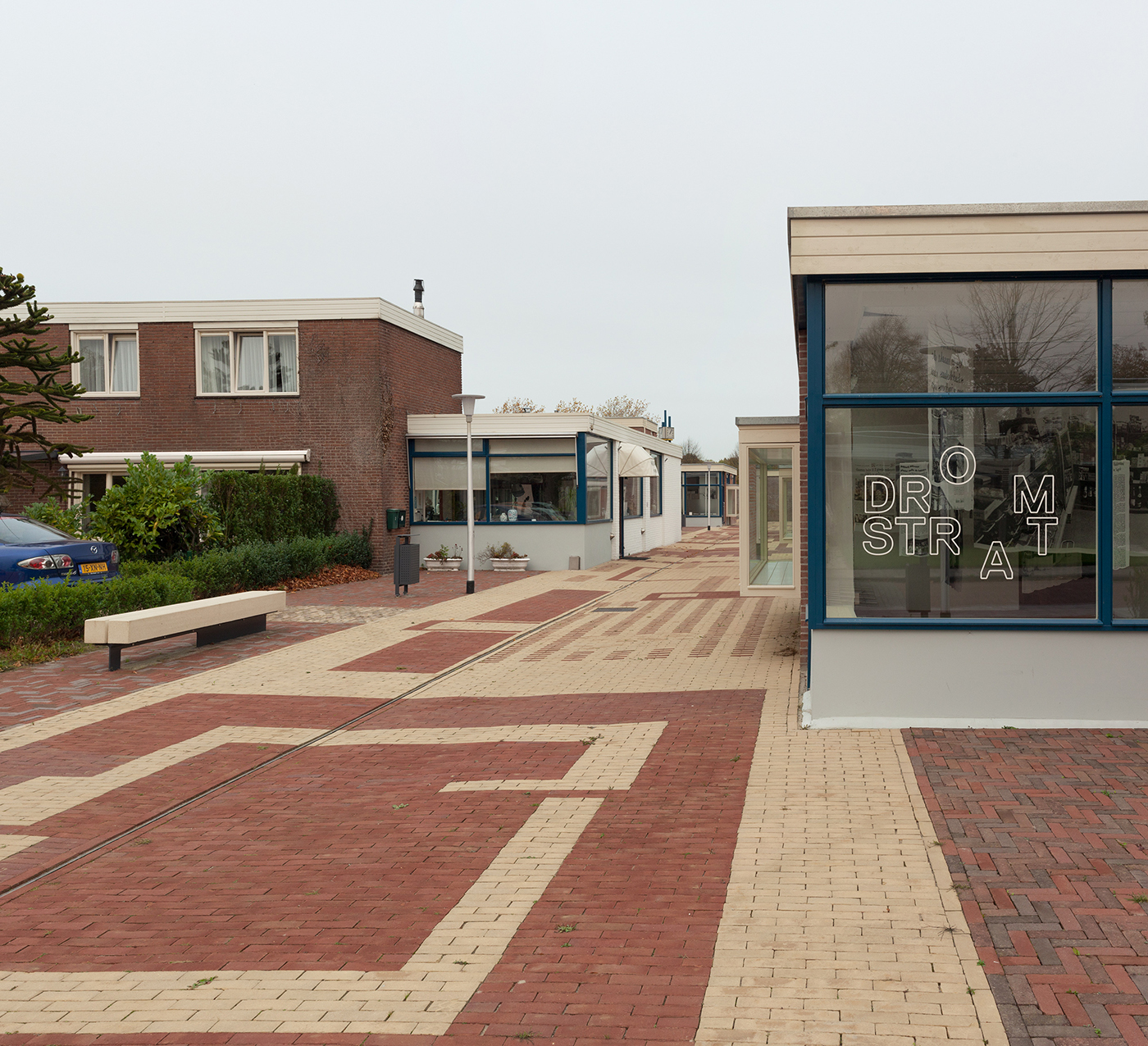 Bakema was responsible for the design of the village shopping centre and realized a smaller version of ‘de Lijnbaan’ (the first car free shopping boulevard of the Netherlands, designed one year before and built in Rotterdam). Nagele is characterized by a clear systematic approach: a wreath of residential courts lying around the village central lawn. On this central lawn one can find schools, a museum and a church. The village centre of the city lies on the west side of the lawn and consists of a village square and two pedestrian boulevards; ‘Noorderwinkels’ and ‘Zuiderwinkels’ where the shops of the village can be found. The residential courts are bordered by a solid forest. The polder village is connected to it’s landscape by a wide waterway that has been pulled through the forest, the village shopping centre and the central lawn. In time the northern boulevard (Noorderwinkels) has been transformed into a residential street. BOOM Landscape was asked to make a design for the village square and the southern boulevard (Zuiderwinkels).

BOOM Landscape analyzed the DNA of the spatial structures and design principles used by ‘De 8 group’ and made a new composition, based on the demands of this time. New tree structures, planting, gardens, pavement and furniture have been carefully adapted according to ‘De 8 group’s’ principles and translated into a seamless design for the seventy-year-old village. 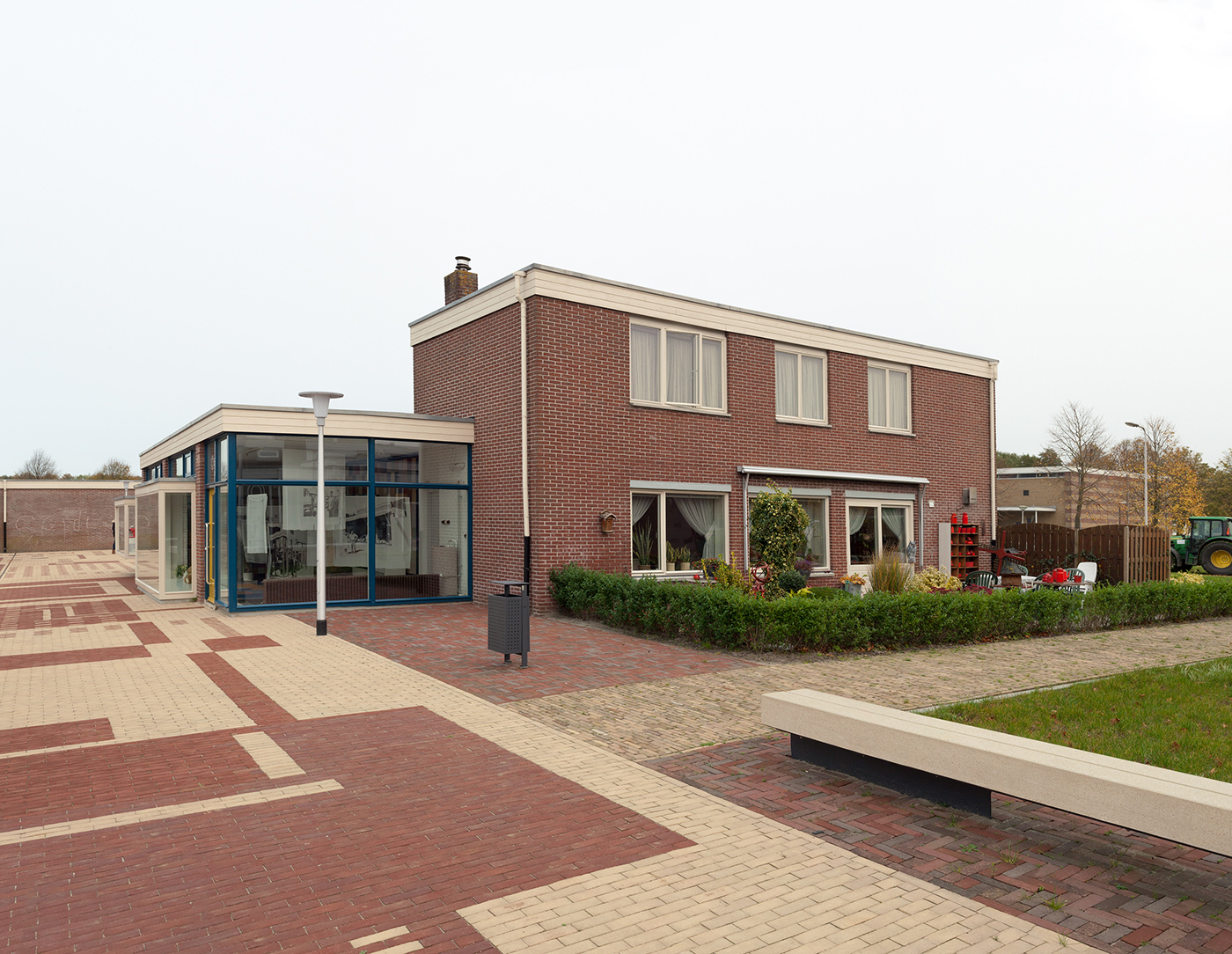 A solid row of chestnut trees connects the village centre to the polder landscape. Multi-stem flowering trees are scattered over the courtyards in between the shops (placed in a checkerboard pattern). Hedges of ‘Ligustrum vulgare’ seam off the gardens. The pavement of the boulevard of Zuiderwinkels have been enriched with a beautiful drawing that shows the design principles of ‘De 8 group’. The benches are specially designed for the village centre and are made of terrazzo concrete beams that appear to float above the pavement; an echo of the white lining in the facades of the shops designed by Bakema and R. Romke de Vries. The southern boulevard of ‘Zuiderwinkels’ has been completed in 2017. 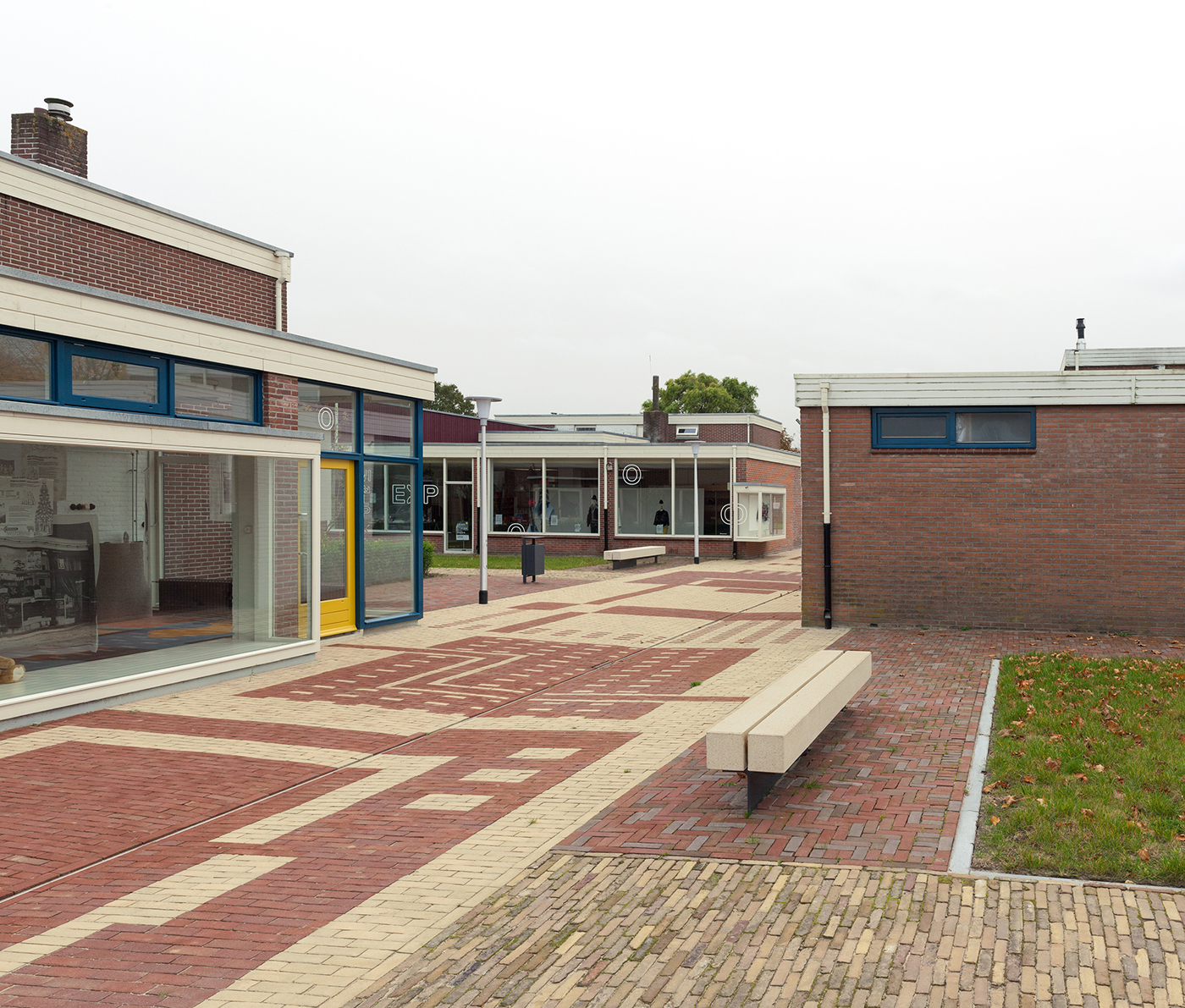