Elbasan, a mid-size city in inland Albania, lies on the right bank of the Shkumbin River. At the heart of this former steel town is Rinia Park: a green place for locals to meet. BOOM Landscape, together with Cityförster, designed the renovation works for this intensively used urban park. 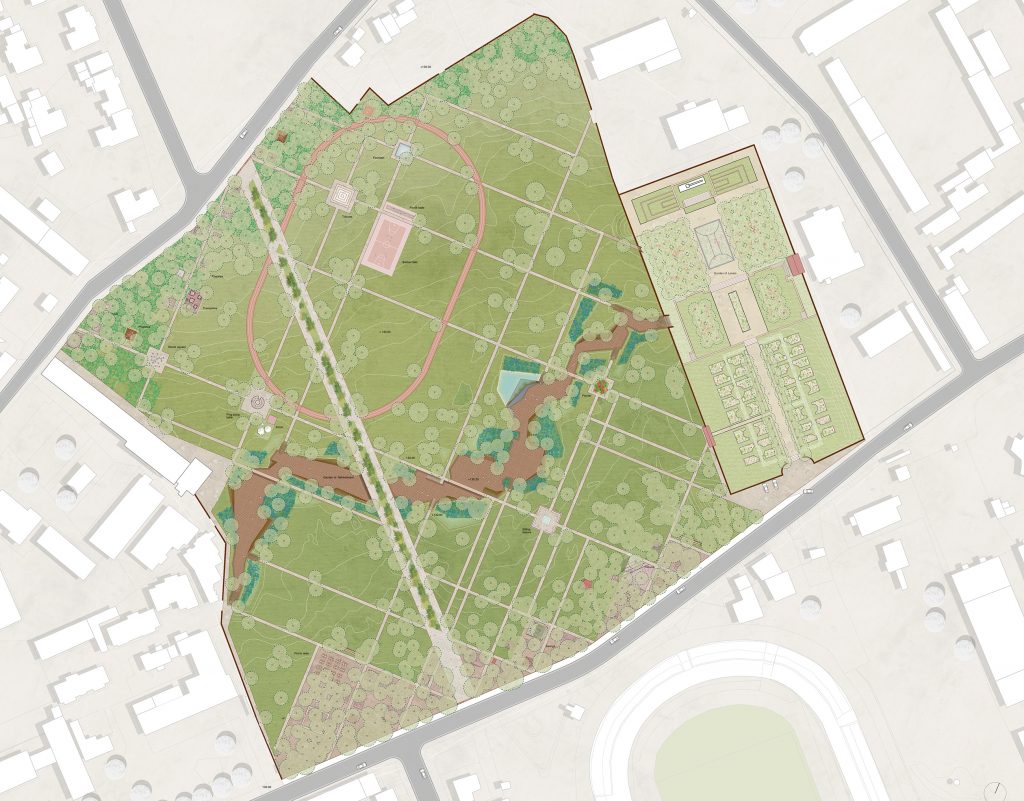 Rinia Park is situated between two busy roads through the city centre and connects two districts lying north and south. Next to the southern entrance to the park is the Elbasan Arena, home grounds for the national football team. The eastern part of the park has a walled formal garden that was not accessible from the park itself.

The park is enjoyed by young and old, and it is very much a centre for pleasant gathering. The new design strengthens this leisurely focus by providing amenities for different groups of users. For example, a 400-metre track for joggers and walkers that crosses various other paths. Further designs include new outdoor furniture and open-air structures for different kinds of meet-ups. There are, for example, picnic tables and chess tables, but also a boxing ring, squash box, playground, podium, kiosks and fountains. Most of this is clustered near the entrance to the park, which creates a clear transitional zone from urbanism into tranquillity.

All the furniture and structures are based on a concrete cube. We chose concrete because it fits with the building culture of this former communist country: it is familiar and, today, can be made to look attractive. One side of every cube is clad in river rocks from the Shkumbin, giving all the pieces a local face. These materials were also integrated into the paving throughout the park.

The park’s network of paths was also improved. Apart from the central north-south axis, most of the paths were erratic and illogical, not linking up with buildings and amenities located at the edges of the park. The new design lengthens some lines, giving users alternatives to the busy north-south pathway and better links to routes beyond the park.

Two new gateways have opened up the formal gardens directly to the park. The formal Lovers Garden, with its centrally positioned war memorial, has been revitalised with lavish new flowers, creating an intimate spot for couples; it is set to be the most colourful and romantic spot in the park. All the borders and paths have been cleaned up and new trees, lush native plants and shrubs were planted. 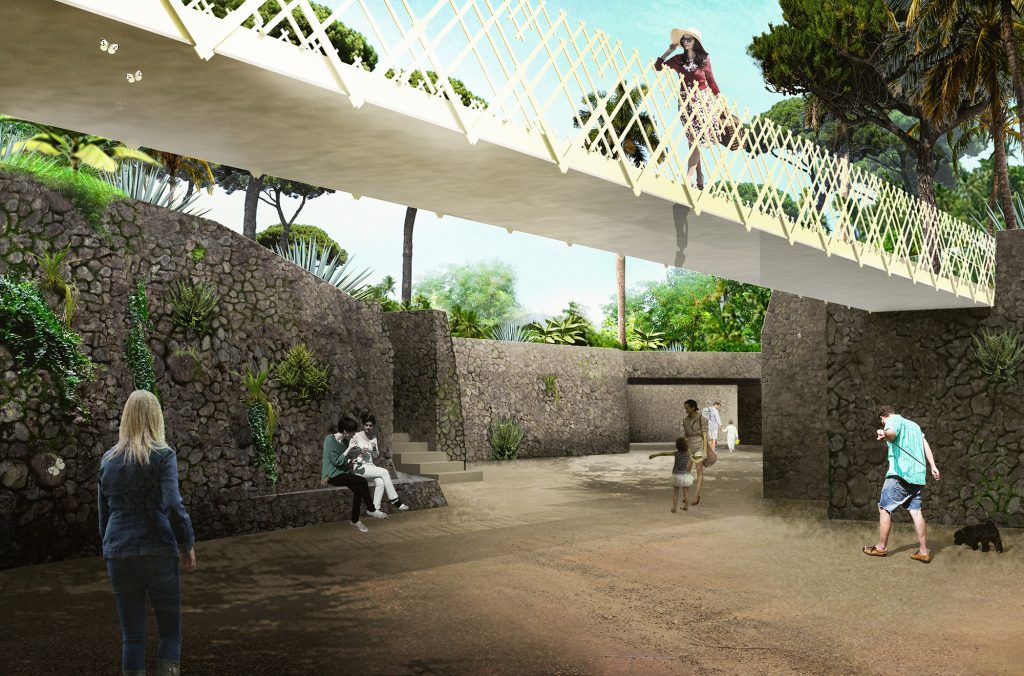 Finally, using contour lines from the survey map, we sliced a gap through the park to create extra space that is cool and shaded. Visitors can descend by steps into the Fresh Garden, a ribbon that runs east-west. Because the park cannot be seen from this ‘canyon’, walkers really feel they are in a different space. The walls and plants along the edge reinforce this effect. Again, Elbasan’s history and identity inform the design: the walls are made up of local river stones and the three bridges that span the gap are made of steel, recalling its industrial steel past. All the elements together make for a renewed park that is both familiar and refreshing.